Make in India: How govt is turning to MSMEs to make India self-reliant in defence manufacturing

Ease of Doing Business for MSMEs: To ease and accelerate the process of indigenisation, the government had also launched a Srijan portal in August 2020 to provide information on items that can be taken up for indigenisation by the private sector. 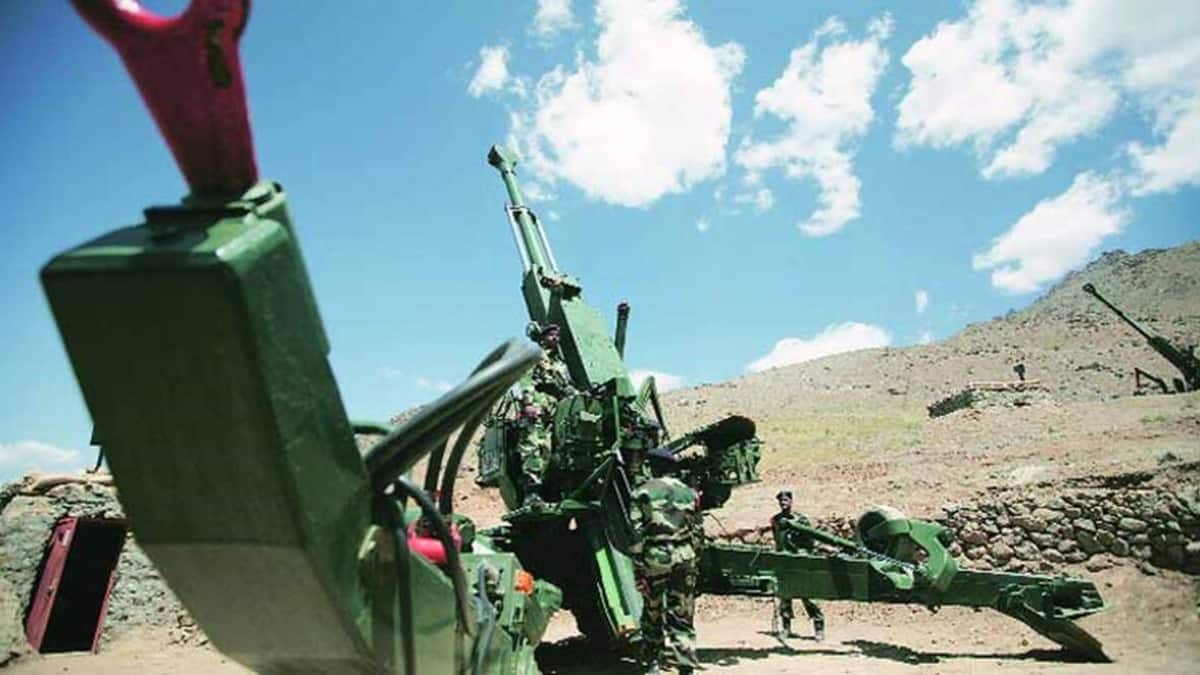 Ease of Doing Business for MSMEs: The government’s focus on making India, which is one of the biggest importers of arms, 70 per cent self-reliant in weaponry by 2027 and promoting defence indigenisation has much to do with its MSMEs. Not just the government and large players, but MSMEs themselves have realised their role as an untapped force multiplier for the defence sector. That’s not only because MSMEs have been a cog in the defence supply-chain wheel so far but also due to the manufacturing depth they now offer by the virtue of their growing presence across India and technological prowess.

To put that in perspective, the total MSME vendors scattered across the country supplying to the Defence Public Sector Units (DPSUs) were 7,591 in FY18, 8,643 in FY19 and 10,506 till Q2 FY20, according to the data shared by the former MSME Minister Nitin Gadkari in Rajya Sabha in March 2020. By December 2021, the total MSME count had increased to 12,000.

As a result, the procurement value by DPSUs from MSMEs had increased from Rs 4842.92 crore in FY19 to Rs 5463.82 crore in FY21. “MSMEs started their journey with DPSUs as their supply chain partners but today, they have come up to a level where they are playing an important role in discharging offset obligations, revenue procurement, and also in designing, developing, and manufacturing complete defence systems by themselves,” said Dr Mayank Dwivedi, Director, Industry Interface & Technology Management (DIITM), DRDO at a panel discussion on the role of MSMEs in making India a defence manufacturing hub. The panel was part of the conference on defence and security organised by the PHD Chamber of Commerce and Industry on Wednesday.

The number of such systems and sub-systems that Indian MSMEs are now capable of manufacturing is more than what one would expect given the limited financial and technology bandwidth MSMEs work with. Dwivedi said there are a total of 209 items, according to a list released by the Ministry of Defence that would be manufactured within the country. These included components of artillery guns, wheeled armoured fighting vehicles, missile vessels, land-based high power radars, short-range surface-to-air missiles, and more, according to a statement by the Ministry of Defence in February 2022.

In fact, during January-March 2022 period, a total of 450 request for proposals (RFPs) — to provide information to interested parties that may be useful to them in submitting their proposals — had come out, said Colonel KV Kuber (Retd), Director Defence & Aerospace at Ernst & Young India during the panel discussion. These proposals were related to the development of multiple products such as drones, simulators, ammunition, spares, electronics, and more. “If we put a conservative estimate, it would still be a Rs 1,000-crore opportunity, largely in the MSME ambit,” added Kuber.

To ease and accelerate the process of indigenisation, the government had also launched a Srijan portal in August 2020 to provide information on items that can be taken up for indigenisation by the private sector. Highlighting the significance of the portal, Air Vice Marshall PS Sarin said close to 600 lines of spares are already listed on the Srijan portal while more than 400 lines of spares are in the process of getting onto the portal.

“You simply need to scan the QR code (for the product) and you will be able to access complete details of the requirements…Air force has already indigenised over 60,000 lines of spares of which more than 40,000 lines of spares are regularly being consumed. These are all sourced largely from MSMEs. Out of 12,000 MSMEs in defence, close to 700 MSMEs are registered directly with the Indian Air Force,” said Sarin.

The government had also introduced ‘MAKE Projects’ in Defence Acquisition Procedure (DAP) 2020 to facilitate indigenous design and development of defence equipment both with government funding and industry funding. According to the Make in India portal, the MAKE Projects have been instrumental in enhancing the role of MSMEs in the defence sector with over 40 per cent of the project sanction orders issued to MSMEs and projects amounting to over Rs 1,000 crores reserved for MSMEs. The government had also set up a Technology Development Fund (TDF) to encourage the participation of MSMEs through a provision of grants in developing technology capability for defence systems.

“Point is that any defence system will have multiple technologies and multiple agencies involved. Hence, the first approach is for you (MSMEs) to make a consortium with other companies to develop any product. The second approach is to pick up a product available on Srijan and develop it based on your competence. The third approach is to produce things that are manufactured by DPSUs but at a 50-60 per cent lower cost. DPSUs will welcome this approach of MSMEs. This is where the business is for MSMEs,” said Hari Mohan, former Chairman & Director General at Indian Ordnance Factories, Ministry of Defence.

However, there are some areas where buyers need to be cautious while engaging with MSMEs, for instance, in proper documentation. “At DRDO, we have transferred 1,420 technologies so far of which 182 technologies were transferred just last year. But when we go to examine SMEs, we find challenges such as documentation is not proper. Proper documentation almost ensures quality,” added Dwivedi as he also urged MSMEs to patent or copyright their ideas while engaging with buyers and other industry members.