Despite being world’s pharmacy, why Indian pharma is dependent on China for bulk drugs

Ease of Doing Business for MSMEs: The government had earlier announced a Rs 15,000 crore PLI scheme for pharmaceuticals businesses. A total of 278 applications were received as of August 31, 2021, against which 55 applicants were selected under the scheme. 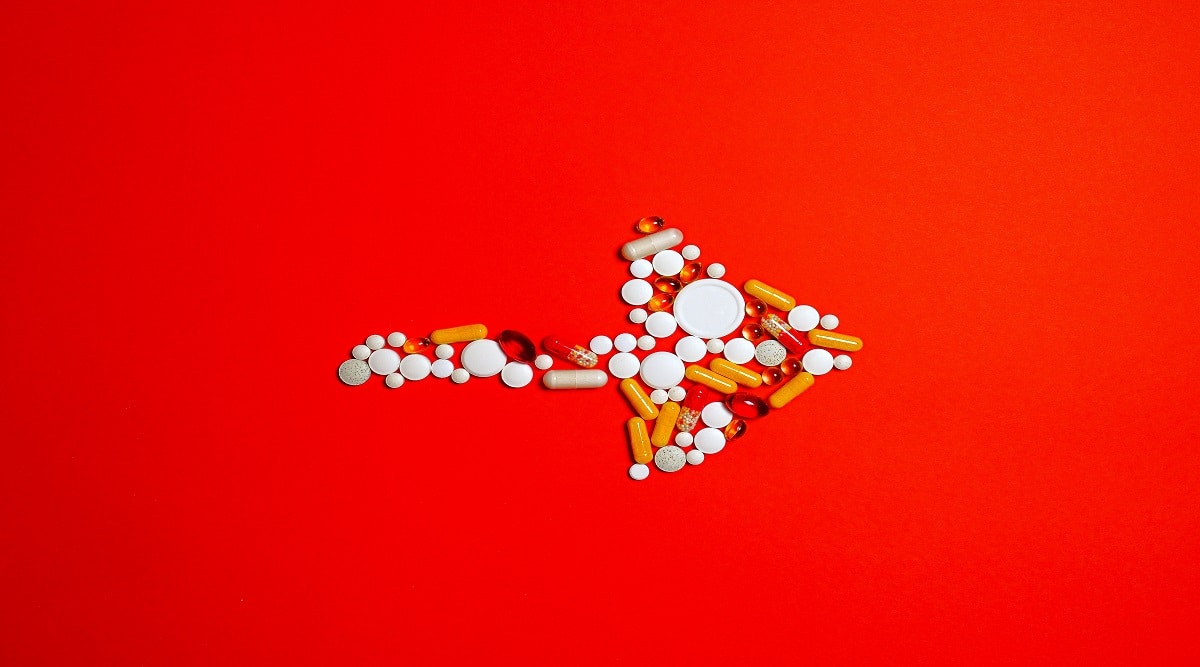 Another PLI scheme launched was worth Rs 6,940 crore for the promotion of domestic manufacturing of 41 critical drug intermediates and APIs. (Image: Pexels)

Ease of Doing Business for MSMEs: Despite having the third-largest pharmaceutical industry by volume in the world and being the largest manufacturer of generic medicines globally, India is heavily dependent on China for imports of active pharmaceutical ingredients (APIs). According to the Trade Promotion Council of India (TPCI), India’s competitive position in the pharma sector, which has a significant share of MSMEs, is undermined by its high import dependence for bulk drugs or APIs, especially from China. APIs are essentially the ingredients or what the industry calls, active pharmaceutical substances required in drugs including capsules, tablets, etc., to deliver the intended outcome or result.

Akin to multiple other industries, the Indian pharma sector’s import of essential inputs from China is overwhelming. In fact, India imports 70 per cent of its API requirements from China, particularly vitamins and antibiotics, according to industry data. The APIs are made through a fermentation process in which China is dominant. According to data shared by Chemicals Minister Mansukh Mandaviya in Rajya Sabha on Tuesday, import of APIs or bulk drugs and drug intermediates in FY21 were worth Rs 28,529 crore, of which 68 per cent or Rs 19,402 crore worth imports were from China. The quantity of such imports in FY21 was 3,90,475.7 metric tonnes.

“Earlier India was very strong in fermentation technology. But after the Drug Price Control Order (DPCO), which was initiated in 1995 by the government, Indian companies had to resort to China for import as APIs were cheaper there. This continued for 15-20 years and now businesses are habituated. Today, we cannot match API prices of China,” J Jayaseelan, Vice President, Indian Pharmaceutical Association and Managing Director, Sai Mirra Innopharm. The order was amended in 2013.

The intent to introduce the order by the government was to make medicines available at a reasonable and controlled price for people. However, according to experts, it had pushed manufacturers to procure APIs from China to control their raw material costs. While large enterprises directly source APIs from China due to their large volume requirements, many MSMEs with lower volume capacity have to route it via domestic traders even as prices have risen tremendously.

“Big companies can directly import from China as they can afford it but small businesses like us cannot. For example, paracetamol has jumped from Rs 180 per kg to Rs 850 per kg, citric acid has gone up from Rs 60-70 per kg to Rs 240, and glycerol has increased around three times. We don’t have the volume to import in tonnes like large businesses. Our requirement is only around 200 kg. All of this eventually comes from China. Even preservatives like potassium metabisulphite, Sodium propyl paraben, sodium benzoate, etc., come from China,” S. Sivanandhan, Managing Director at Chennai-based contract manufacturer Ceego Labs told Financial Express Online.

However, a bulletin by the Reserve Bank of India titled Drivers of Indian Pharmaceutical Exports in July this year had noted that the focus on finished formulations in the last two decades had resulted in negligence of in-house Indian manufacture of APIs. This consequently led to an increased reliance on China in particular. As per a Boston Consulting Group (BCG) and Confederation of Indian Industry (CII) report, the major medications for which APIs originate from China include painkillers like paracetamol, anti-infectives like Amoxicillin, antidiabetics like Metformin and anti-ulceratives like Ranitidine.

The upsurge in imports from China points towards China’s large capacities (which are built up by the government and managed by private industry) and India’s liberal approach in approving registrations for Chinese products, the bulletin had noted.

“Most APIs were earlier manufactured in India in the 1980s and 90s but in 90s itself, China had started supporting their industry in a big way to manufacture chemicals and APIs, and as a result, their industry expanded. The challenge for India hasn’t been technology, it’s been pricing,” Viranchi Shah, Senior Vice President, Indian Drug Manufacturers’ Association told Financial Express Online.

To reverse the current situation back to the 1970s-80s in fermentation and APIs, the government had introduced multiple production-linked incentive (PLI) schemes for the sector. This included a Rs 15,000 crore incentive on incremental sales to selected participants for a period of six years. Eligible drugs under the scheme included APIs among other categories of pharmaceutical products. A total of 278 applications were received as of August 31, 2021, against which 55 applicants were selected under the scheme.

Another scheme launched was Rs 6,940 crore worth PLI for the promotion of domestic manufacturing of 41 critical drug intermediates and APIs as well. As per Invest India, 47 applications with committed investments of Rs 5366.35 crore were approved under the PLI scheme. The government had also launched a scheme for the promotion of bulk drug parks to offer grant-in-aid to three bulk drug parks. The total financial outlay of the scheme was Rs 3,000 crore. The selection process of parks is currently underway. Bulk drug parks are essentially common infrastructure facilities for manufacturing APIs or drug intermediates, etc.

However, it would be anything but an overnight change for the API sector in India that would eventually benefit MSMEs in formulation with reduced costs and better price control. “Government wants to give subsidy for domestic manufacturing through these PLI schemes and to compete with China. However, there’s a catch. For fermentation-based materials like vitamins and antibiotics, which are imported from China, there has to be absolutely zero power cuts. In APIs, power is a very important factor and it is a 24×7 industry. There has to be a continuous and uninterrupted power supply for the fermentation process that takes days to complete. Moreover, in China, the power cost is significantly less than in India,” added Jayaseelan.