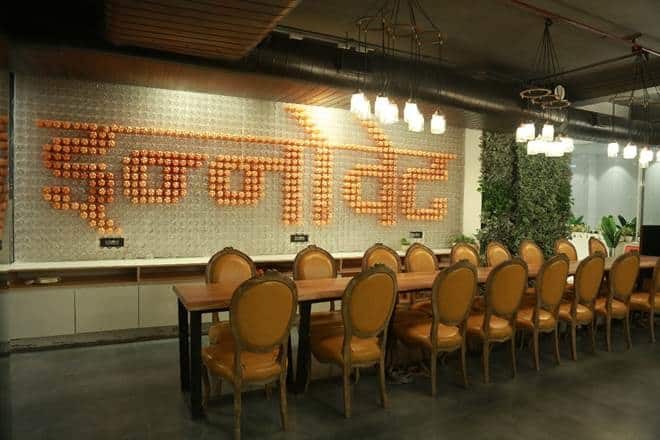 We witness a cross-pollination of ideas within our communities, and the events that Innov8 conducts catalyses this osmosis of ideas,” he adds.

Ritesh Malik’s journey as an entrepreneur and investor started much before he founded Innov8, a fast growing co-working start-up that currently serves more than 4,000 co-workers with its 13 centres in four cities. All along, he had observed a common challenge that underscored several emerging enterprises—the absence of coworking infrastructure, a physical space where entrepreneurs could collaborate and create.

Malik, who is the the founder and CEO of Innov8, remarks: “We spend more than half of our day in offices and most Indian working professionals dreadfully drift from Mondays through Fridays for the sake of weekends. Work isn’t a very positive word in the life of most of us. A big factor behind that is that the office spaces aren’t innovative, welcoming and comfortable.” He adds: “At Innov8, we thought of changing this! We started with a philosophy of creating the most beautifully designed, primely located, community-oriented and technologically driven shared workspaces for new-age millennials, entrepreneurs and professionals of the country.”

With these four principles, the team at Innov8 has scaled their start-up from a 150-seater campus in Connaught Place, New Delhi to a pan-India presence of 4,000 seats across 13 campuses in the past two and a half years. The company aims to doubles its presence by adding 10 more centres by the end of the current financial year. Backed by Y- Combinator, Innov8 is a leading co-working start-up with more than 190 companies as its members, which includes some of the leading names such as RBL Bank,

BenQ, Nokia, Swiggy, VICE media, Wittyfeed and CVent.
“What started as a community of entrepreneurs in a small campus in Connaught Place, New Delhi, has been redefined to include freelancers, small and medium enterprises as well as divisions of large enterprises. We witness a cross-pollination of ideas within our communities, and the events that Innov8 conducts catalyses this osmosis of ideas,” he adds.

Towards the end of 2015, Innov8 started its first campus in Delhi. After touching 100% occupancy within a few weeks, it opened a 120-seater centre in Chandigarh in August 2016. Malik says, “We were fortunate to have the support of Vijay Shekhar Sharma (Paytm), Punit Soni (Flipkart), Karan Bhagat (IIFL), Rajan Anandan (Google), Kunal Shah (Freecharge), Girish Mathroobhootham (Freshdesk), Vishal Gondal (GOQii) and Sunil Kalra (IAN) at that stage, helping us build our third campus. It was then the fastest filling and most successful centre financially for us with 500 seats.”

Cut to present. Innov8 intends to scale from 4,000 seats to 10,000 by 2019. As on date, the start-up has partnerships with developers such as Piramal Reality, Carnoustie Resorts, Walford Group, Rasvilas, DLF, KD Patel Group, ILD Malls, etc. “Our focus is to scale frugally and create return on equity for our investors and stakeholders. We don’t believe in capital dumping and all our campuses are running at centre level profitability from EBITDA running from 20-30% depending on the structuring of deals. With these 13 campuses, we’ll be at an annualised revenue of `45-50 crore and our goal is to reach `100 crore ARR as well as taking our seat count to 10,000,” he informs.

Malik believes the only way his venture can generate higher consumer loyalty, improve EBITDA, better efficiencies and streamline execution is by using technology at all levels.