India ties up with Brics partners to protect MSMEs

A virtual meeting of Brics health officials is envisaged on Covid-19 pandemic on May 7, 2020 to take the discussion forward in a focused and purposeful manner. 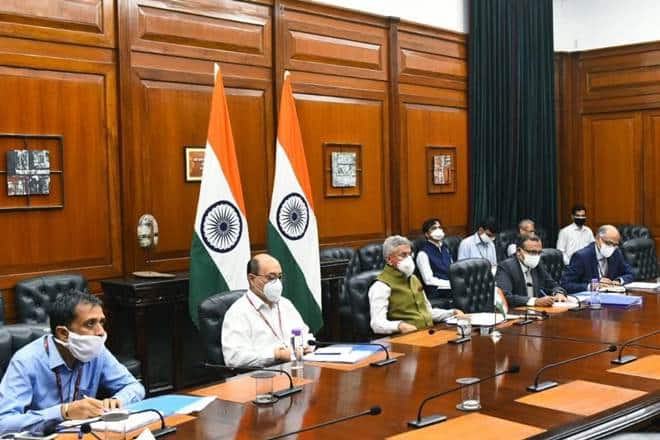 India on Tuesday joined its Brics partners — Brazil, Russia, China and South Africa — in a call for providing support to businesses, especially MSMEs, to tide over the Covid-19 crisis and ensure livelihoods are not lost, even as the likelihood of a Brics summit to be hosted by Russia in July this year looks increasingly remote.

Addressing the Brics ministers of foreign affairs video conference convened by the current Brics chair, Russia, external affairs minister S Jaishankar emphasised that the pandemic is not only posing a great risk to the health and well being of humanity but is also severely impacting global economy and output by disruption of global trade and supply chains. In 2018, the GDP of all Brics countries amounted to approximately $19.61 billion.

“Economic activity across sectors has been negatively impacted leading to loss of jobs and livelihoods,” said Jaishankar, underlining the urgency of reforms of multilateral systems as reformed multilateralism was the way forward.

The brainstorming session, initiated by Russia, to muster a joint Brics response to counter the pandemic, is the first meet of the five-nation bloc since the outbreak of the coronavirus pandemic and in the run-up to the summit in St Petersburg in the third week of July. India will hold rotating Brics presidency in 2021.

A virtual meeting of Brics health officials is envisaged on Covid-19 pandemic on May 7, 2020 to take the discussion forward in a focused and purposeful manner.

Follow us on
Latest News
Rs 4.25 lakh in fines for GRAP violations in Noida
PhonePe sets up 10 lakh SmartSpeakers for merchants, records over 100 cr transactions across India
Majority of employers in services sector keen to hire in Q3: Report
WhatsApp Communities launched for everyone, here’s what this feature does
African countries look to India’s technology as more appropriate than those from the West
Air quality panel orders ban on plying of diesel LMVs in Delhi-NCR, entry of trucks into capital
Amazon, Meta, Alphabet, Apple and Microsoft’s outlook: Making sense of big tech earnings
Photos
Heart-wrenching! Here is a look at Morbi and the suspension bridge that collapsed
3 days agoOctober 31, 2022
In Pictures: PM Modi in Kargil to celebrate Diwali with soldiers, says, ‘All of you have been my family for years now’
1 week agoOctober 24, 2022
In Pictures: PM Modi inaugurates Deepotsav in Ayodhya; World record set by lighting of over 15 lakh diyas
1 week agoOctober 24, 2022
Read More
×
Real Estate Investment: Like REITs, retail investors can now invest in InvITs
Supradyn Immuno+ launches new campaign highlighting the importance of immunity boosting
Jal Shakti Ministry to celebrate Ganga Utsav on Friday to spread awareness on river rejuvenation
India offers policy stability, transparency: Nirmala Sitharaman
Dharmendra Pradhan launches portal for selection of PM SHRI schools
Suspension of outdoor activities among steps taken by Delhi-NCR schools amid worsening air quality