Mobile category’s share in the overall online sale continued to dominate the first week this year too even as it marginally declined over the past few years. Customers based in Tier-II cities and beyond had a 57 per cent share of the 52 million e-shoppers in the festive week. 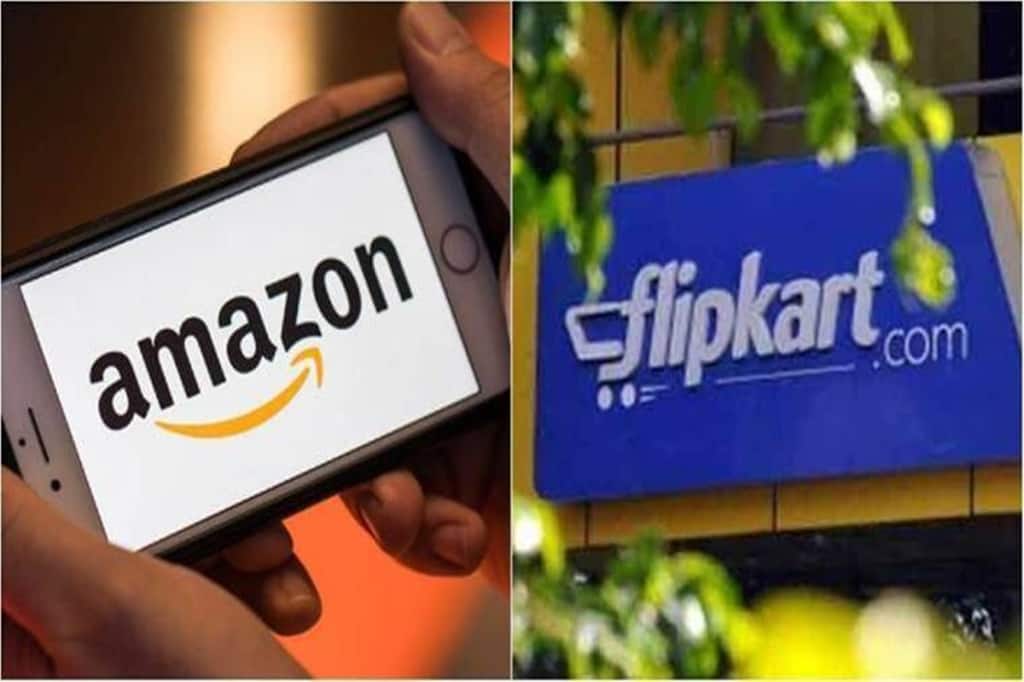 Amazon had a 32 per cent GMV share during first week sale.

The first sale week (October 15-21) of the festive offerings had Flipkart Group sitting pretty on top with a significantly large share of the online gross merchandise value (GMV). While the early access sales of The Big Billion Days by Flipkart started October 15 and Great Indian Festival by Amazon began October 16, the Walmart-controlled company including Myntra was able to acquire 68 per cent of $4.1 billion GMV during the said period, according to RedSeer’s analysis. Amazon, on the other hand, secured 32 per cent share. Amazon and Flipkart Group accounted for more than 90 per cent of the first week’s GMV. Amazon had announced its festive sale, starting October 17, to be a month-long event.

“Flipkart has been very much aggressive and tactful to cater to the emerging trend of Tier-II customers with a wide selection and marketing it affectively for customers even as they have a stronghold in fashion. The rise of such customers is the biggest story of this year’s festive sales. Amazon also did pretty well but in metros and Tier-I cities where it has a stronghold. Flipkart has historically been stronger in the Tier-II category and it was huge this time,” Mrigank Gutgutia, Director, E-commerce, RedSeer told Financial Express Online.

The number of online shoppers jumped around 85 per cent to 52 million during the first week of sales from 28 million during the year-ago period. Customers based in Tier-II cities and beyond continued to empower e-commerce sales with 57 per cent share – up around 2.3X from last year while the share of Tier-I cities and metros stood at 18 per cent and 25 per cent respectively this year. “With around 30 million shoppers coming from T2+ cities- this festive season was one dictated by affordability and ease of access to a wide assortment of products,” RedSeer said.

Also read: SC: CCI plea to probe Amazon, Flipkart may be revived if Karnataka HC doesn’t decide on it in 6 weeks

However, Amazon India has called out such results missing ‘transparent methodology”. “We cannot comment on speculative reports without transparent methodology. The Great Indian Festival has given lakhs of sellers and hundreds of brands their biggest festive season on Amazon.in. We look forward to continue helping businesses get back on track and safely deliver joy to our customers during the festive season,” an Amazon India spokesperson told Financial Express Online in a statement.

RedSeer, however, noted that their ‘Integrated Research’ approach incorporated feedback from consumer surveys, tech-based research, and behavioral analyses and validations from the broader e-tailing and logistics ecosystem for accuracy. “Ours is multi-channel research unlike a typical research methodology that only incorporates a single source such as consumer research or seller research that doesn’t tend to give right results. People might question our research because many research companies use large sample of one type of research methodology and so for them it is a fundamentally different way of thinking about research,” added Gutgutia.

Mobile category’s share in the overall online sale continued to dominate the festive days this year too even as it has marginally declined over the past few years. From 53 per cent share of $800 million GMV in 2017 festive days and $2.1 billion in 2018, mobile category’s share came down to 48 per cent and 47 per cent in 2019 and 2020 respectively. “Rs 1.5 crore of smartphone (during 2020 festive days) was sold every minute across the platforms,” RedSeer said. Other electronics including appliances had a 28 per cent share while fashion vertical had 14 per cent share of the gross sales worth $4.1 billion.