Fasal predicts the precise quantity and timing of irrigation and pesticide sprays a farm needs. 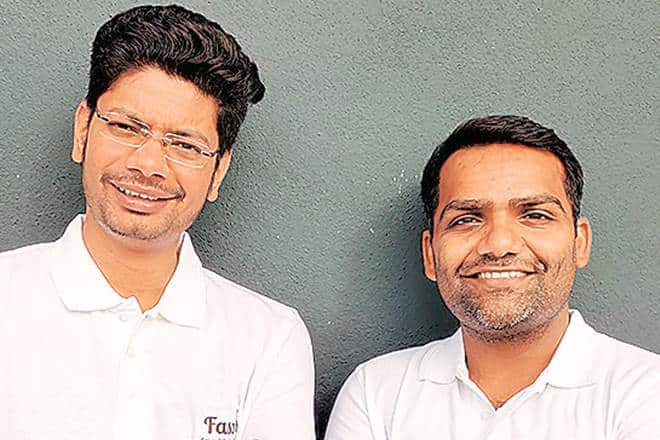 Wine grapes demand a lot of watering. But at a certain point they have to be stressed of water for the wine to acquire texture and complexity. The Bible says Jesus turned water into wine but does not exactly give a prescription of the frequency and volume of irrigation that a vineyard needs. Fasal, an agriculture technology startup, founded in 2017 by two software engineers from farmer families, makes software that tell wine grape growers when and how much to water their vineyards.

Shailendra Tiwari and Ananda Verma were working at a Bengaluru company when they thought of growing bell peppers in the outskirts of the city. On weekends they would scout for locations and know-how of cultivating bell peppers.

That’s when Verma’s father, a seed grower from Azamgarh in Uttar Pradesh, invited them to see for themselves the travails of farming. The engineers were quick in recognising that irrigation is a major pain point in the fields—it is very hard to figure the exact time and quantity of irrigation a crop demands. They created a capacitor-based sensor to help Verma’s father. In a few months, he turned up asking for more of the instruments.

Through a series of happenstances and some research, the duo decided to try solving the problem of timely irrigation and pesticide spraying for horticulture crops. Horticulture covers 25% of India’s farmland but contributes as much as 75% to the total output in terms of tonnage.

Co-founder Tiwari says farm yields can increase up to 25% if irrigation is proper and if a crop adheres to a certain limit of residues from pesticide sprays, then its value increases 30-40% and is fit to be exported.

“Everybody knows about irrigation, but nobody digs four feet under every day to judge soil moisture,” he adds. Farmers are always on the lookout for indicators of pest attacks. Since a preventive spray costs Rs. 400, compared to the Rs. 4,000 price tag of a curative one, they tend to spray very often. Half of the times those decisions are wrong, according to Verma.

Fasal installs sensors at farms ranging from 4 acres of size to over a 1,000 acres big. These sensors gather data on macro-climatic factors such as rainfall, wind, sunlight and micro-climatic factors like humidity of the canopy, leaf wetness, canopy temperature, soil conditions, solar intensity. This data is then fed into Fasal’s software and the farmer is alerted about the crop’s needs.

The agri tech startup has realised that besides product-market fit, it is equally important to have an attractive price point. The company markets its product as: “Our software subscription cheaper than the cost of 1 preventive spray on a hectare of a grape farm” and “For saving your one spray, we take a 10% cut.”

Fasal has secured a seed funding of $1.6 million led by Omnivore. An arm of Japan’s Mistletoe, Mount Parker Ventures and Zeroth have also pumped in funds. The company, which has already onboarded corporate vineyards such as Grover Zampa, has plans to enter Indonesia’s coffee and chilli farms in the near future.