Irked over the menace of unauthorised industrial units running in residential areas here, the National Green Tribunal has directed the Centre and Delhi Government to close all of them in an East Delhi locality with immediate effect. 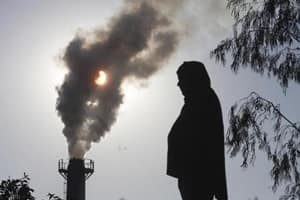 Irked over the menace of unauthorised industrial units running in residential areas here, the National Green Tribunal has directed the Centre and Delhi Government to close all of them in an East Delhi locality with immediate effect.

The green panel also ordered discom BSES and Delhi Jal Board to immediately cut electricity and water supply to such units.

Rejecting Delhi government’s submission that it was the duty of land owning agencies like Delhi Development Authority and East Delhi Municipal Corporation to remove illegal industries, the NGT said the state pollution control board has the power to “close, prohibit or regulate” falling within its jurisdiction.

“Even after a decade, the menace of unauthorised and illegal activity of running industrial units in the said area continues engaging the authorities in the battle with them. However, it appears that nothing concrete has emerged so as to free the residents in Mandoli area or other areas of Delhi of the bane of unauthorised industrialisation…

It directed Delhi Pollution Control Committee (DPCC) to carry out a survey in two months in Mandoli and find out whether the industrial activity was being carried out with or without its consent.

Industrial units contaminating the city’s environment by releasing toxic pollutants had come under the scanner of the tribunal which had earlier sought response from the Centre and Delhi government on the issue.

The NGT was hearing a plea filed by East Delhi resident Kamal Kishore who had sought action against illegal factories in the Mandoli area.

Kishore had contended that these industrial units were operating without DPCC’s consent and lacked requisite permissions under Air and Water Acts.