Technology for MSMEs: While most people think of automation in terms of a completely human-free experience, the more realistic solution in the case of MSMEs is the use of cobots, a new kind of collaborative robotic system that works towards automating specific portions of the workload. 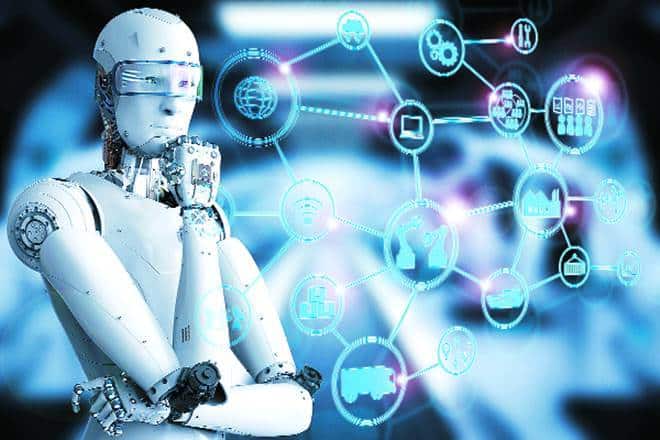 Till now, the vision and navigation advancement of robots has been undertaken along two routes.

Technology for MSMEs: With a marketplace where production is at an all-time low and every job counts, cobots (collaborative robots) bring forth a vision of affordable automation. The world is a very different place than what it was at the start of this year. The COVID shakeup has been a true eye-opener, as humans and corporations alike begin to realize the fragility of our ecosystems. The sudden lockdown and the resultant economic downturn has not only thrown off the stability of most thriving enterprises but also made them question the way they operate and what technologies will future-proof their organizations.

However, even as most organizations are busy shifting their workloads online and ushering in a truly digital future, there are still a host of industries that don’t have the luxury of stay-at-home work and extended furloughs, as they are already operating under the most economical structure possible. We are of course talking about MSMEs, which according to an IBEF survey was a thriving segment that provided jobs to over 60 million people, and was responsible for over 45 per cent of industrial output in India, at least until the beginning of this year.

As it stands, thousands if not millions of these employees that rely on that precious paycheck to survive, have been left bereft due to a complete halt in production, with scores of daily laborers choosing to return to their small villages and towns empty-handed. While we applaud the quick thinking applied by the government in terms of extending the lockdown to curb the Coronavirus menace, it certainly has had an adverse effect on the prospects of a lot of workers who are even now waiting for the return of the status quo. The situation is critical for not only the workers but also the companies who until now have been walking the tightrope of low production capacity and lack of financial stability, but now also have to contend with a lack of labour supply. The loss of these essential workers and low demand from the market itself has truly pushed most of them to the brink.

Also Read
Do SMEs, startups need GST registration? Eligibility, exemption, key things to know before applying
Fixed-term contracts can be new normal for MSMEs to match number of workers with actual requirement
Claiming input tax credit on employee spend that every MSME must know about to save time and money
‘Uncertainty looming over Covid crisis bottoming out for MSMEs to assess need for more govt stimulus’

Thankfully, all is not as bleak as it may seem, as these very constrictions have also ignited the fighting spirit in the hearts of most entrepreneurs, who have begun to realize the importance of focusing on not only creating a good product but also streamlining their manufacturing process to be more efficient. One way to achieve this is through automating various parts of the manufacturing and packaging processes to lessen the burden, and dependence, on human workers. While most people think of automation in terms of a completely human-free experience, the more realistic solution in the case of MSMEs is the use of cobots, a new kind of collaborative robotic system that works towards automating specific portions of the workload (also called partial automation), which in turn frees up the human worker to focus on more creative and supervisory roles. This doesn’t necessarily replace the worker from the factory line but rather augments their abilities with the help of machines that add a whole new level of efficiency, reliability and precision to every task.

In their current avatar, these robots take the form of mechanical arms that can be fitted with various attachments to handle the 5 Ds of manufacturing tasks – those that are dull, dirty, dangerous, difficult and where distancing between humans is required. Due to their small footprint and the presence of an advanced safety system that senses the presence of any obstruction in its programmed path, these systems can even be deployed in tightly knit spaces, without the need for a special cage subject to application risk assessment.

The relatively compact size of these machines is not only ideal when fitting them in small workshops, but also in terms of mechanical complexity and energy requirements, which translates to ease of maintenance and low cost of operation, both in terms of power consumption and flexible deployment in all types of use cases. However, what really makes these cobots a truly one-stop-solution for all types of technological needs, is the fact that the programming system is as easy as the operation, to the point where you don’t really need a highly skilled technician to create specific workflows for the machine. This opens up endless avenues for not only improving the operational efficiencies of all types of businesses, but also ensuring that the workers don’t have to fear the technology, but rather benefit from it.

It is understandable to be sceptical of the presence of these machines amongst human workers, and the almost casual way that they integrate into the existing ecosystem. But the fear in this scenario is not from the machines itself, but our own resistance towards the inevitable march of progress. Pioneers like New Engineering Works in Jamshedpur and Aurolab in Madurai have proven that once we move past our reluctance, we can truly achieve exceptional things. This improved workflow can even be used to develop other machinery as well, which in turn directly helps automate other types of labour-intensive tasks; as has been the case with the Krishi Group, which uses cobots to help their factory workers make high-quality irrigation valves. They use the helper robots for a variety of tasks, including but not limited to machine tending, pick and place work, as well as quality control. This not only showcases the versatility of the technology but also gives an example of how these machines can help a single worker become twice as productive.

Even as we speak, there are dozens of MSMEs all across the country that have started adopting these systems to achieve their own goals, including women empowerment (due to the dramatic reduction of manual work) in order to hire from a larger pool of labour.  Bajaj Auto was able to achieve a 50 per cent female workforce in their assembly line, in line with management’s vision, by incorporating over 100 cobots in their Chakan and Waluj plants.  Moreover, this is only the beginning, as with time these machines will become more advanced and a lot more capable, with the end goal of not replacing humans, but rather empowering them like the next tool in your toolbox!

Pradeep David is the General Manager, South Asia at Universal Robots. Views expressed are the author’s own.