Ease of Doing Business for MSMEs: The overall objective of revamping district-level administration for MSMEs should be new venture creation, the gradual growth of existing enterprises, network development, technological innovations, and a steady increase in internationalisation. 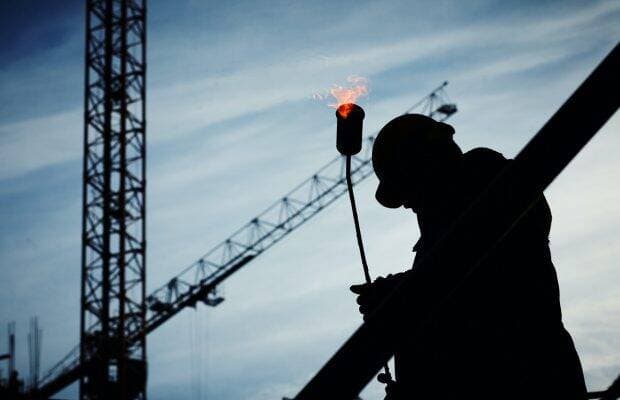 A nationwide institutional infrastructure ranging from national to state to district levels is a significant feature of the MSME promotion policy in India. (Image: Pexels)

Ease of Doing Business for MSMEs: A radical transformation of MSMEs in India is the need of the hour if the potential of the sector has to be exploited adequately for the benefit of the nation. Such a radical transformation calls for an overhauling of MSME institutional infrastructure across the nation, particularly at the grass-root level. This requires a re-look at the existing institutional infrastructure that has emerged for MSMEs over the period.

A nationwide institutional infrastructure ranging from national to state to district levels is a significant feature of the MSME promotion policy in India. While the Development Commission for MSMEs (DCMSMEs) under the Ministry of Micro, Small and Medium Enterprises is the apex body to deal with MSME promotion at the national level, the Directorate of Industries & Commerce (DI&C) is the nodal agency at the state level. At the district level, there are District Industries Centres (DICs) that are supposed to provide all-around promotional services to prospective as well as functional MSME entrepreneurs, under a single umbrella.

In the context of changing economic environment, the functions and efficacy of DICs need to be examined for redefining their role. With the promulgation of the MSMED Act 2006, the service sector enterprises have been clubbed with manufacturing sector enterprises and medium scale enterprises with small scale and tiny enterprises. Accordingly, the Small-Scale Industries (SSI) sector is replaced by the MSME sector for promotion. Given this, the district level agencies have to deal with the promotion of not just industries but also services (not just Small Scale Industries (SSIs) but also MSMEs).

Therefore, at the outset, it would be appropriate to rename DICs as District Industries & Services Centres (DI&SCs). Within each of the DI&SCs, there should be exclusive personnel to deal with manufacturing industries services separately. Every DI&SC must be a vibrant and influential economic hub for the promotion of MSMEs nation-wide, at the local level. To achieve this objective, there is a need for changes in its organizational structure, its associations and functions.

Firstly, given the bureaucratic structure prevailing in the country, each DI&SC to emerge influential at the policy level, must be headed by a Chief Development Officer/Joint Collector and assisted by two more officers, belonging to the Indian Engineering Service (IES) and Indian Economic Service (IES), respectively. The engineering service officer may focus on technology innovation, technical assistance and technology promotion, whereas the economic service officer may enable mentoring, business plan, and technology commercialization. Both have to be assisted by a group of adequately trained state-level officers and staff (with exclusive exposure to MSME issues). This would go a long way in assisting and promoting new venture creation, apart from assisting the existing MSMEs, at the grass-root level.

Secondly, DI&SCs must take a lead in promoting Regional Innovation Systems (RISs) at the district level. Towards this end, they need to collaborate with District Industries Associations on the one hand, and Higher Education Institutions, particularly engineering and management education institutions, on the other. The Triple Helix association comprising Government (represented by a DI&SC), Industry (represented by the district industries association) and Academia (represented by engineering and management education institutions) can play an effective role in the promotion of MSMEs. DI&SCs must consciously encourage industry-institute collaborations/partnerships for mutual learning and problem solving on a regular basis, through a project mode (in the form of a consultancy project or student projects or internships).

DI&SCs can provide necessary hard and soft infrastructural support for promoting such collaborations. DI&SCs may even rope in necessary experts from their respective regions, from large scale industries (including MNCs) or academicians (from institutions such as National Institutes of Technology (NITs), Indian Institutes of Technology (IITs), Indian Institute of Science Education & Research (IISERs), etc. for problem-solving on a case to case basis. Even district-based Small Finance Banks be involved in financing such collaborations wherever appropriate. Steady exposure to entrepreneurship and new venture creation may be given to engineering and management (graduate) students on a regular basis.

Thirdly, the functions of DI&SCs must be redefined to include the promotion of inter-firm linkages or networks, innovations, and internationalization. The Triple Helix association can be consciously driven towards network development involving all the stakeholders of MSMEs. The inter-firm linkages or networks are found to be directly beneficial for promoting MSME economic performance. Further, they play a decisive role in aiding technological innovations of MSMEs by overcoming their key resource constraints through technical training and assistance, advice for production and operations, purchase process assistance, financial aid, marketing information and even providing key human resources. Networking and innovations play a crucial role in enabling MSMEs to penetrate the international market for further growth.

Finally, DI&SCs can be promoted to generate and maintain district level MSME databases, on an annual basis. Such databases may include not only the number of enterprises, employment, investment, inputs, output, but also innovation expenditure, innovated processes/products, patents obtained, and direction and quantum of exports. The coverage of the database should be similar to that of the Annual Survey of Industries (ASI) prepared by the Central Statistical Office for the organized industry currently. Such a database will prove a boon for a timely assessment of the impact of any kind of economic/non-economic crisis (that may emerge periodically) on the MSME sector. This will, in turn, enable policymakers to respond appropriately to the needs of the sector to tide over the crisis.

Thus, the overall objective of revamping district-level administration for MSMEs should be new venture creation, the gradual growth of existing enterprises, network development, technological innovations, and a steady increase in internationalization (apart from district level database generation and maintenance) for enhancing the overall competitiveness and contribution of Indian MSMEs in the future.

M H Bala Subrahmanya is Professor – Department of Management Studies at Indian Institute of Science – Bangalore. Views expressed are the author’s own.