Ease of Doing Business for MSMEs: “The quality of MSE goods is quite good but the main reason (for MSEs’ higher share in GeM’s total order value) is a large number of products and services they offer that are otherwise not manufactured by big sellers.” 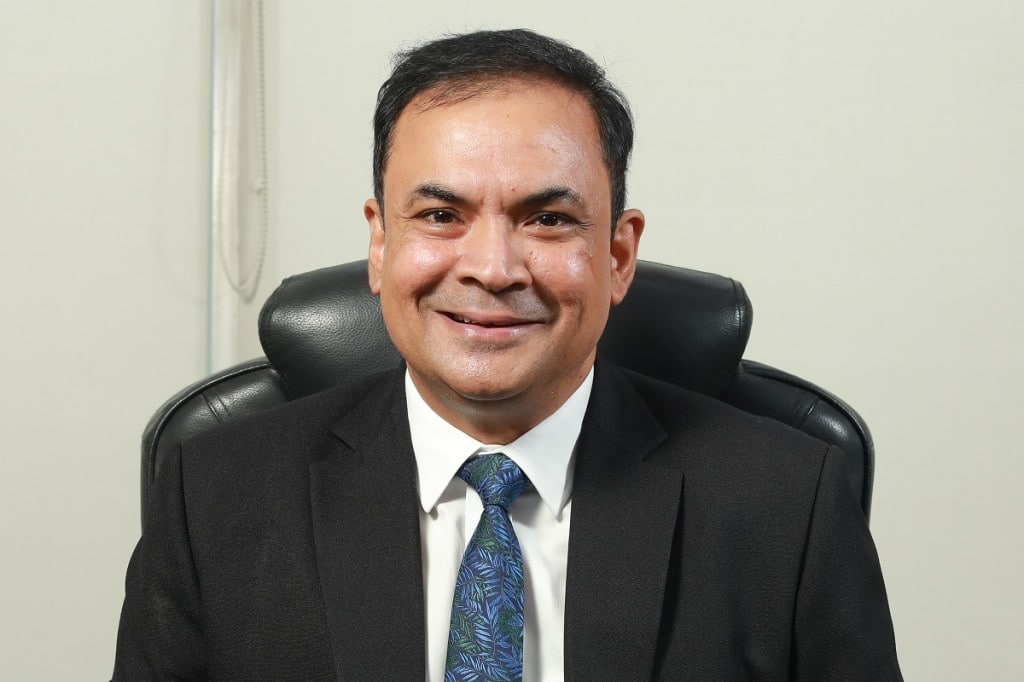 "We are actively working on the integration with the Indian Railways E-procurement System (IREPS)."

Ease of Doing Business for MSMEs: Amazon of government procurement – Government eMarketplace has built a stellar seller base of over 23 lakh MSMEs and others, of which more than 7 lakh are micro and small sellers in nearly five years. The platform has already seen five technology iterations and is gearing up for the fifth one that would stretch the use case for artificial intelligence (AI), machine learning (ML), and also blockchain. The business-to-government marketplace has also expanded to lending to enable online loans for its sellers and might soon allow works contract as well. The portal is eyeing Rs 1 lakh crore in GMV this year even as “my focus is not on increasing the GMV but on the inclusivity part to make the journey for the smallest seller very seamless,” its Chief Executive Officer Prashant Kumar Singh told Financial Express Online’s Sandeep Soni in a wide-ranging interaction. Edited excerpts:

How you would be stepping up the use of deep technologies such as AI, deep learning, etc., as we look forward to the next version of the platform — GeM 5.0?

We have taken up AI, deep learning, machine learning, and other technologies, some of which are under implementation. We are looking to go in a big way in the areas of business intelligence and analytics for which we have engaged with a vendor and working on it. The whole idea is to inculcate features such as predictive analysis for more informed decision-making for customers based on the huge pile of data that we have with us and also improving the user interface and user experience for those who may not be digital savvy. Hopefully, in the next six months, we’ll see a lot of change in that including the look of the portal, the way we access user grievances. About more than 2,000 bids are finalized every day, so imagine the number of users coming onto the GeM portal.

Currently, MSE sellers are a little over one-third of total sellers on GeM and yet their share in order value is 56 per cent. This indicates more buyers are showing confidence in buying from MSEs. So, what tech and non-tech measures you are looking at to ramp up MSE seller count?

The quality of MSE goods is quite good but the main reason is a large number of products and services MSEs offer such as pencils, staplers, etc., that are otherwise not manufactured by big sellers. Inclusivity is very important for us in bringing onboard small sellers and empowering them. We are actively working on the integration with the Indian Railways E-procurement System (IREPS). We expect that by August or September, we should be able to undertake the first pilot group. Indian Railways’ procurement should bring in a GMV of about Rs 50,000 crore per annum. We are also getting into enabling products with Geographical Indication (GI) tags. Moreover, we are also looking at blockchain for visibility and traceability in the supply chain. The idea to adopt blockchain first came to us during the Covid vaccine supply. Blockchain would establish the genuineness of the product (medicine) with a distributed platform that is immutable. For this, a separate vendor will be integrating blockchain in GeM, and also there will be separate storage, a separate cloud involved.

Given the size of GeM, what best practices do you have in place to avoid counterfeits?

The platform is open and visible to all. We regularly get feedback from both buyers and sellers and experts looking at the platform. If you look globally in public procurement, we would be right now at number three position behind South Korea’s KONEPS and Singapore’s GeBIZ. While GeM does $5 billion GMV a year, KONEPS does $63 billion and GeBIZ does $18 billion. However, in terms of seller base, GeM has almost seven to eight times what KONEPS has, and maybe 50 times what GeBIZ has. This in itself is our hallmark in the sense that we are able to manage such a large number of sellers but there will be few black sheep in the whole group. Technology is the best answer to tackle them and bit by bit we are making that window very narrow. It’s becoming more difficult for people to get away with doing something wrong.

Former MSME Minister Nitin Gadkari had said on multiple occasions that the government is exploring opening GeM to private buyers as well. Any progress on that front?

The mandate we have is strictly for the government buyers currently. As any platform grows, there are discussions around expanding it further in the country and then globally to reach out to more customers. This thought at GeM is going on but there’s nothing concrete at the moment. GeM can explore similar growth like KONEPS that has expanded to six countries. We are already in talks with a lot of players who have contacted us for handholding. The day is not far when we will be invited to set up their procurement systems.

For loan applications through the GeM Sahay app, sellers must have an Udyam certificate if they are availing finance from a lender who is not their primary banker or through an NBFC. How you are looking to reach out to more sellers including those who aren’t registered on the Udyam portal yet?

Even within that category of Udyam certificate holders, it has to be a sole proprietorship. We have started with sole proprietorships and the number is pretty high. I don’t have details as of now on that. We still have to onboard a lot of banks. Once we cross the barrier of at least 10-15 banks or NBFCs, we can leverage it to increase the number of applicants. There’s no collateral involved in applying for a loan on the app. It is based on a firm’s orders on GeM. The term and the quantum of the loan can be decided by the sellers based on the bank’s offerings. There are no one-to-one meetings. For instance, there could be a loan at 4 per cent for 40 days or 3 per cent for 70 days. The buyer can choose depending on his fund flow, and the interest rate he prefers.

Recently, the government had warned sellers of business losses for those who don’t declare the percentage of local content in products on GeM. What kind of business loss sellers might incur?

It is a self-declaration thing to share the local content but there are penalties if the information uploaded is not correct. They may be blacklisted straight away as a penalty. At every stage of the uploading process, we are showing them clearly what things are required to participate in and what are the implications for providing wrong information. At every stage, sellers are prompted about it and even suitably warned but still, there are some sellers who try to bid falsely around the country of origin or the share of local goods in made in India products.

Over 53,000 buyers have been onboarded on GeM in the past five years, roughly 10,000 buyers annually. How you are looking to accelerate the number?

We are, in fact, kind of close to saturation now. The growth now will not be as high as in the initial days. By and large, the majority of government buyers are now already on the platform. This includes all the CPSEs and their offices etc. So, the growth rate won’t be at the same level as earlier. However, wherever it is possible, the addition is being done.

What GMV you are expecting for GeM this year?

In four-and-a-half years, we clocked around Rs 1 lakh crore. Now, we are internally targeting to complete Rs 1 lakh crore this year itself. GeM’s GMV should also be close to lakh crore rupees subject to the conditions like railway integration. For the first time, it happened in the history of GeM that we did more business in Q1 than in Q4 as the highest procurement usually happens around March. However, we did about Rs 19,000 crore GMV in Q1 this year compared to about Rs 18,500 crore in Q4 last year. This implied that growth would be around close to Rs 80,000 crore on annual basis and if there is a natural increase towards the later quarter this year, then we would be very close to Rs 1 lakh crore GMV mark.

GeM had last year come out with an approach paper towards bringing works contract on its platform to widen the platform’s scope. Will it happen this year?

The current mandate is only for goods and services. There has been mixed feedback. Some people are saying it may not be required, while some are saying it is a good idea. We are working on it and will decide by mid-August and then would leave it to the government. They will do the consultation, and depending on the outcome, things will move ahead. We have to look at what value add it brings to our portal. There are benefits such as contract becomes easier and there is transparency as well. Based on the feedback, the modalities will have to be worked out.

What do you think of the amendments that the government has suggested to the Consumer Protection (E-commerce) Rules, 2020 such as around flash sales?

Sorry, I don’t have comments on this. At GeM, my focus is not on increasing the GMV but on the inclusivity part to make the journey for the smallest seller very seamless with minimal complaints, no delays, faster response to queries, zero security breaches, etc.