Boosting Entrepreneurs – Innovate for India, from India: PM to start-ups 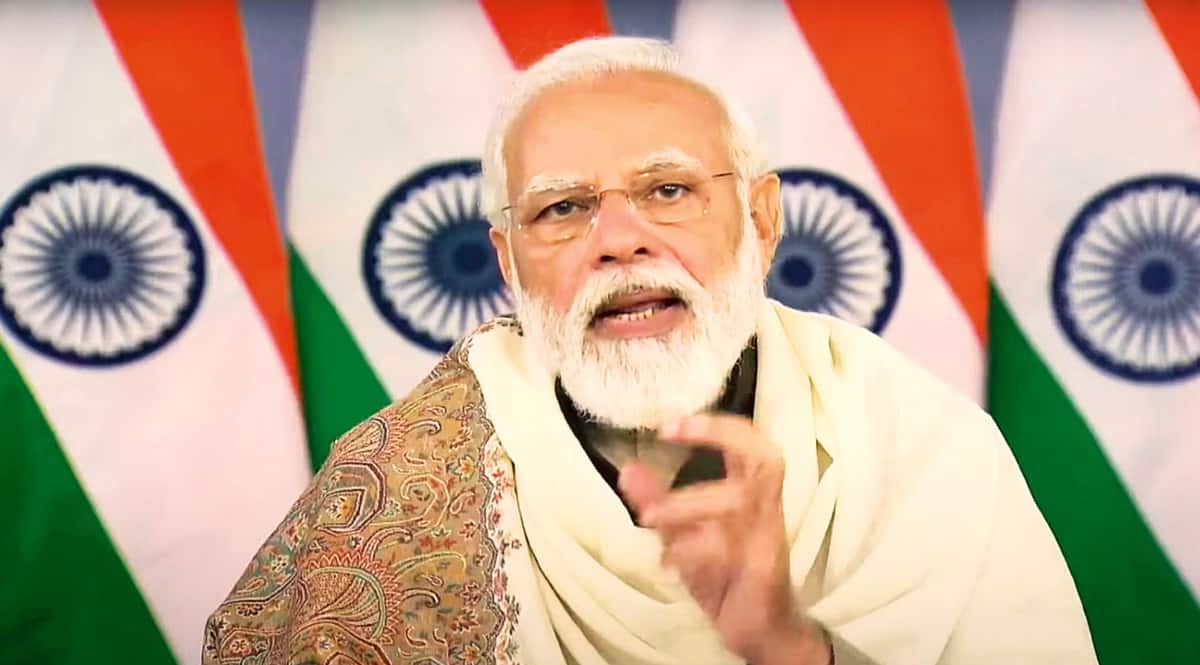 Addressing over 150 budding entrepreneurs through video conference, Modi declared that January 16 would be celebrated as the National Start-up Day every year “to take the start-up culture to far-flung areas of the country”.

Prime Minister Narendra Modi on Saturday pledged to liberate entrepreneurship from the complex maze of red tape, as he exhorted start-ups to “innovate for India and innovate from India”.

Addressing over 150 budding entrepreneurs through video conference, Modi declared that January 16 would be celebrated as the National Start-up Day every year “to take the start-up culture to far-flung areas of the country”.

He highlighted three critical aspects of his government efforts to further bolster the start-up ecosystem: first, to liberate entrepreneurship and innovation from the bureaucratic silos; second, to create an institutional mechanism to promote innovation; and third, to handhold young innovators.

A record 42 start-ups turned into unicorns in 2021 alone, he said, hinting at limitless possibilities before new-generation entrepreneurs. About 61,000 start-ups have already registered themselves with the government, barely six years after Start-Up India was launched in January 2016.

“Our start-ups are changing the rules of the game. I believe that start-ups are going to be the backbone of New India,” Modi said, acknowledging the role these budding entrepreneurs play in not just spurring innovation across sectors but generating employment and narrowing gender disparity. “Don’t just keep your dreams local, make them global. Remember this mantra,” he told the start-ups.

At the same time, the Prime Minister also stressed the raft of steps initiated by the government to make it easier for start-ups to flourish. The government has rolled out programmes such as Start-up India and Stand-up India, addressed the problem of the so-called ‘angel tax’, offered tax incentives and simplified procedures, extended official funding, allowed self-certification process for nine labour and three environment laws and scrapped more than 25,000 procedures to reduce compliance burden of start-ups. Government e-Marketplace platform is also promoting services rendered by start-ups to various ministries and departments. The defence forces have placed orders worth Rs 500 crore to drone start-ups.

Highlighting his government’s seriousness in fostering innovation in recent years, the Prime Minister said 28,000 patents were granted last fiscal, against just 4,000 in 2013-14.

Importantly, India’s ranking on the Global Innovation Index has jumped to 46th from 81st in 2015.

Annual fundings into start-ups have increased from $11 billion to $36 billion, said Anurag Jain, secretary in the Department for Promotion of Industry and Internal Trade (DPIIT), at the same event. He said the share of investments coming to start-ups in India from world over, which includes domestic investments also, has risen to 6% from 4% earlier.

Speaking at the online event, commerce and industry minister Piyush Goyal urged start-ups to come up with more suggestions on making regulatory burden simpler, and easier to further promote the startup story. “Many of our entrepreneurs can become mentors for budding startups. We can look at establishing ‘Startup Access Centres’ across districts,” he added.