India’s three most prolific angel and seed investors share their top two startup picks (outside their fund’s portfolio) that are ready to break out in the new year and why. 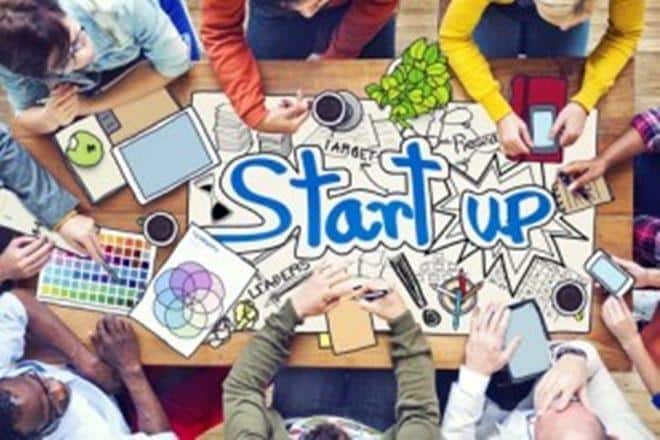 2018 was the year when chaff was separated from the wheat, ‘real’ scalable startups were separate from the copycats. As much as it was the year of hyper-growth for startups like Dunzo, Rivigo, Innov8, SigTuple, it also turned out to be a dud for the like of Just Buy Live, Shotang, PortDesk etc. 2019 will again be an interesting year for startups with many more heroes and even more zeroes. As 2019 rolls on, FE Online spoke to three of India’s most prolific angel and seed investors to share their top two startup picks (outside their fund’s portfolio) that are ready to break out in the new year and why.

Rizort – Founded by India’s first unicorn Inmobi’s co-founder Mohit Saxena earlier this year, Rizort is a luxury vacation marketplace that helps customers customize their travel and stay experience based on virtual reality and AI. “We feel that disruption of next level of hospitality will come from the virtual reality. Creating the immersive experience in various travel destinations is certainly the gung-ho thing,” said Sharma. The travel-tech market excluding the hotel booking and ticketing space is yet to erupt in India as startups in a similar space such as TravelTriangle, GoFro, and Tripfactory are yet to see bigger rounds of funding. Rizort raised $2.9 million in May this year from Blume Ventures and others.

Yulu – Yulu happens to be India’s answer to China’s Ofo (that is currently fighting for its survival) and the US-based Motivate (acquired by ride-hailing company Lyft this year) in the dockless bike market. “What happened with Ofo doesn’t mean it would happen in India too. India’s last mile connectivity is a big problem while the maintenance cost of bicycles is low. This space will have two unicorns in India ahead due to the huge demand,” said Sharma. Yulu has real chance to lead the market as it competes with new market entrants including Ola Pedal and Mobycy. Much like Ofo that pulled back its India operations earlier this year, car rental startup Zoomcar slammed breaks on its bicycle-sharing unit Pedl in December 2018.

IamHere – Nasscom-incubated IamHere is a Bengaluru-based hyperlocal social marketplace that allows users to discover like-minded people, connect, and share with them their similar interests. IamHere offers both B2B and B2C services as it helps businesses with discoverability among users and connects with them through chat or call. “Particularly among recruiters, IamHere has taken off in a big way because it is the most unexpected use case that has come up. The startup has got great traction in early days,” said Natraj without disclosing details around the number of customers and businesses. The app currently has a rating of 4.9 stars on the Google Play store.

AzGo – The impact of deep tech has been all-pervasive now in our daily routines, so much that now munching snacks is less than a minute away. Bengaluru-based startup AzGo offers IoT-enabled snacks vending machines to be set up in strategic locations such as offices. Connected via the AzGo app, the user can order snacks on the app, pay, and pick snacks from the machine. The transaction takes less than 60 seconds to complete, claims company. “The startup has already broken even. They now need growth capital. Even though it is still early days for them but the market is very large. There are very limited vending machines located in different places in India,” said Natraj.

Dream11 – In India’s gaming market, Dream11 has been able to grow past other startups in lesser time. Launched in 2012, the startup cropped up on India’s gaming market following a $100 million round from China’s Tencent in September this year and Mahendra Singh Dhoni roped in as its brand ambassador in March. While the startup has already gained significant pace, Joshi said that 2019 would be the key year for Dream11 to explode in growth. “Dream11 has a better user interface, sort of a first-mover advantage in fantasy gaming along with deep understanding of the market and great traction,” said Joshi adding, “This is on the back of evolving user behaviour, traction on data usage, availability of better smartphones, and data connectivity. This will become more interactive ahead.”

Cure.Fit – In just three years of its launch health and fitness startup Cure.Fit has raised 7 funding rounds totalling $174.6 million, acquired five businesses and forayed into quick service restaurants while launch into primary healthcare, sportswear retailing is expected soon. Thanks to its pedigreed founders Mukesh Bansal (founded Myntra) and Ankit Nagori (Flipkart’s former chief business officer). “They have been adding verticals continuously that makes sense to their customers and acquiring businesses to strengthen their value proposition. With offerings like healthy food, it is turning into a complete health company,” said Joshi. This enables Cure.Fit to monetise every touch point offered to customers be it physical healthcare, food, supplements, etc.