Must Read
Income Tax Return: Which ITR Form to choose? Simply check your sources of income
OPINION | Growth challenges ahead: Will the current circumstances be a repeat of 2019-20?
5G auctions: Government may earn up to Rs 1.95 trillion
Pause slide

The apex court had banned the use of barium in 2018 in making firecrackers and it was reconfirmed in 2021, putting the fireworks industry in Sivakasi — the firecrackers’ hub of the country— and around three lakh workers directly employed in around 1,000 organised units there, in a tight spot. 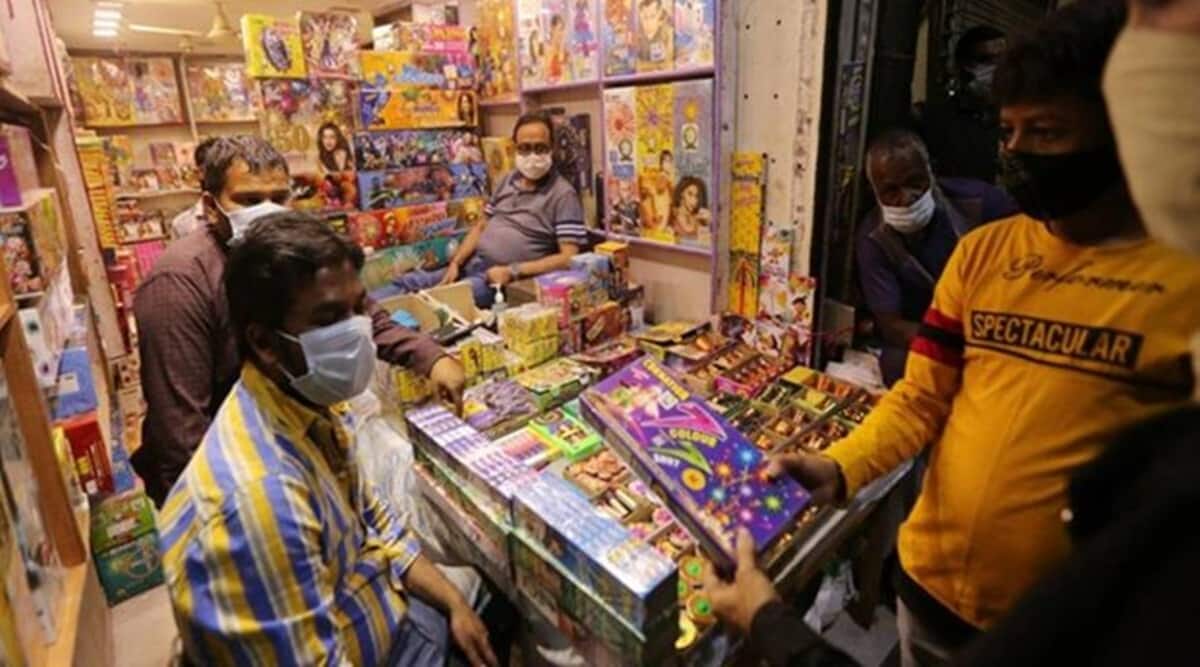 Fireworks manufacturers feel that the industry has been a soft target for environmentalists and the authorities in the name of controlling pollution. (Representational image)

Firecracker manufacturers in Sivakasi in Tamil Nadu are a worried lot that the prevailing Supreme Court ban on barium in the fireworks industry could take away the glitter out of the business in the upcoming Diwali season. The apex court had banned the use of barium in 2018 in making firecrackers and it was reconfirmed in 2021, putting the fireworks industry in Sivakasi — the firecrackers’ hub of the country— and around three lakh workers directly employed in around 1,000 organised units there, in a tight spot. After the SC had reconfirmed the ban in 2021, many of the stakeholders have impleaded in the case seeking lifting of the ban.

A Murali, a core committee member of Sivakasi Fireworks Manufacturers Association, told FE that the ban of barium is baseless — imposed without any scientific study being conducted on the possible hazardous impact with regards to the pollution.

He said that last year’s Diwali sales were not that much impacted as the clarification order came in October last week, by the time prodcution and despatches were done. “ Having said that, I must says sales have been dwindling since the 2018 ban order,” he said.

According to him, barium is one of the main oxidisers for most of the fireworks and with the ban, they are unable to make a lot of products. “ After the ban, my factories are running at 50% capacity and reduced production by 50% to 60% which obviosuly impacted the business. For instance, I have a group of companies which employs 450 to 500 workers and after the ban I could employ 200 people only,” he said.

Fireworks manufacturers feel that the industry has been a soft target for environmentalists and the authorities in the name of controlling pollution. It all started with the Delhi smog in recent years. The onset of the smog is prominent during Diwali days. While deciding on a civil writ petition in the matter of Arjun Gopal & others versus Union of India, the Supreme Court opined that though fireworks are not the major cause of deterioration of air quality in Delhi and NCR, they are certainly an aggravator of the situation.

Murali said there are three lakh people employed in the Sivakasi belt alone, with another four lakh indirectly who are supplying raw materials like chemicals and printed boards, among others. “ We are being targeted because of the hue and cry of the environmentalists in the name of pollution, although other sectors as well are using barium in various poduction operations. I should say that we are the weaker oponent and are being made scapegoat,” he said.

Sivakasi Fireworks Manufacturers Association president A Asaithambi said that fireworks emission standards are to be fixed by involving the manufacturers and the ban on the use of barium has to be lifted. “The manufacture of joint crackers is already allowed as per explosives rules, 2008 in such a way that the noise of individual crackers is not above the noise pollution norm. This condition has to be restored. As for Delhi or any other place where ambient air quality index is above 200, the current two-hour stipulation for bursting crackers itself will help achieve the 30% reduction in emission from fireworks. For the rest of the country, the two-hour restriction has to be relaxed,” he said.

With the ban, many organised players believe that manufacturing has turned into the paradise of bootleggers, workers were found migrating to illegal manufacturers for want of jobs jeopardiaing their safety.