Information and communications technology (ICT) services major Sify Technologies is setting up a data centre in Kolkata and the facility is expected to be inaugurated by February next year. 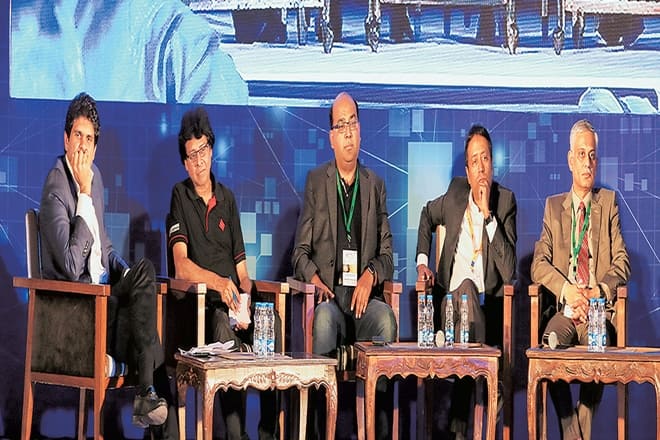 Information and communications technology (ICT) services major Sify Technologies is setting up a data centre in Kolkata and the facility is expected to be inaugurated by February next year.  “We are setting up a near 50,000 sq ft data centre in Kolkata for customers in the eastern region. For that matter, other customers can also subscribe to this services. This new data centre will be inaugurated in Rajarhat by February 2019,” Sify Technologies CEO Kamal Nath said on the first day of the Emerging Tech Conclave, organised by The Express Group here on Friday.

“We are also working with some of the state (West Bengal) government organisations to move them to adopt cloud-based services,” Nath said. During an ‘Idea Exchange’ session, moderated by The Indian Express executive director Anant Goenka, Nath said West Bengal has the strong mindset to implement all emerging digital services and the state is focusing on skill development. “The three fundamental aspects which are required for digital transformation like blockchain, artificial intelligence, big data and cybersecurity are – mindset, skill set and tool set,” Nath said.

Earlier, speaking at the event, state additional chief secretary (IT&E) Debashis Sen said the government had already started to do things in emerging technology that would directly provide jobs and ensure development in the economy. “For example, we have already started an animation academy by the government through Webel. It is producing splendid output and some of the world’s famous cartoon characters,” Sen said.

In December 18 and 19, the state is going to have a two-day blockchain congress. “We are very eager to propose that Bengal means blockchain,” Sen said. “I am very optimistic that a state like West Bengal is taking these steps in bringing in emerging technology into the state. The things that you need for success are government policies and regulations that support incubation of a hub in this state,” said Manish Prakash, managing director, Microsoft India, at the ‘Idea Exchange’ session.

“The policies have to adopt the new technologies… they have to have for example a cloud first policy, which is bringing in the cloud platform,” Prakash said. In August this year, the state government had announced its Information Technology and Electronics Policy, 2018 with the vision of Bengal becoming one of the leading states in the country.