The first e-bidding process through the DEEP Portal for short-term power procurement has resulted in substantive savings for states such as Uttarakhand, Kerala, Bihar and also for private discom Torrent Power. 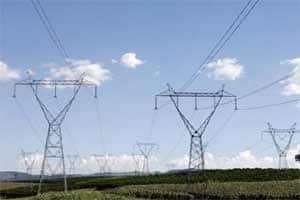 Gram panchayats will be given Rs nine as fee per electricity consumer. (Reuters)

The first e-bidding process through the DEEP Portal for short-term power procurement has resulted in substantive savings for states such as Uttarakhand, Kerala, Bihar and also for private discom Torrent Power.

First e-Bidding process through recently launched DEEP (Discovery of Efficient Electricity Price) e-Bidding Portal for short term power procurement has been concluded for Uttarakhand and Kerala on April 29, for Torrent Power Ltd on May 3 and for Bihar on May 9, Power Ministry said today.

Congratulating Torrent Power, Uttarakhand, Bihar and Kerala, Power Secretary P K Pujari said the process resulted in substantial savings as prices discovered through e-bidding are significantly lower than prices at which power was procured during the similar period in the last year, it added.

These lower prices discovered through reverse auction in e-Bidding Process are expected to result in overall reduction of cost of procurement of power in the States and greater transparency in the auction process benefiting the ultimate consumers.

For Kerala, the lowest prices for the month of May in slot of the day have been discovered at Rs 3.14 per unit while last year, short term power in round the clock was procured at the rate of Rs 4.70 per unit, the Ministry said.

In e-Bidding process of Torrent Power, the lowest price for May-June in slot of the day has been discovered at the rate of Rs 2.95 per unit. There was no short-term procurement in 2014-15 and 2015-16 by Torrent Power Ltd.

For Bihar, the lowest rate for July, for slot of day, has been discovered at Rs 3.08 per unit. No procurement was done in last two years through bidding by discoms in the state.

In April, Power Minister Piyush Goyal had inaugurated the DEEP portal for procurement of short-term power by Discoms with an objective to introduce uniformity and transparency in power procurement and promote competition in electricity sector.