Shopclues may be first e-commerce firm to break even

Amid huge fund raising by its rivals despite making losses, Shopclues, one of India’s leading horizontal e-commerce … 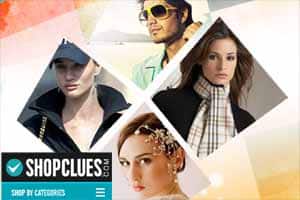 Amid huge fund raising by its rivals despite making losses, Shopclues, one of India’s leading horizontal e-commerce players focused on tier-II and tier-III markets, claims that it will break-even next year.

“We will break-even in the second half of 2016, that was the plan and we will do it,” said Sanjay Sethi, co-founder and CEO of Shopclues.

To be specific, a source in the company said that Shopclues will break even by December, 2016. “The company is growing fast and the burn rate as a percentage of revenue is coming down,” the source said.

At present Shopclues burns about $3 million every month on a gross merchandise value (GMV) of $400 million. “By December the company’s GMV is expected to cross $800 million, but the burn will still be $3 million. The profitability will also kick in,” the source said. GMV is the total value of goods sold on the site.

Shopclues looks more conservative by nature when it comes to fund raising — it has raised only $130 million, while Amazon has committed $2 billion, Snapdeal has raised $1.3 billion and Flipkart has raised $2.3 billion so far. With huge amounts of money raised, most e-commerce company will take anything between 5 to 10 years to break-even, said experts.

“We do not need more money. We have already started working towards profitability, unlike many others,” said Sethi. E-commerce companies are still looking at getting more eyeballs. Sethi is comfortable as Shopclues has already reached 45 million visitors.

The online marketplace focuses on unstructured products, which are low in cost and high in volumes. “We look at products in the lower price range, but offer the highest selection of these products,” said Sethi.