In an 18-page complaint, these investors have also alleged several financial irregularities at Cowtown Land Development. 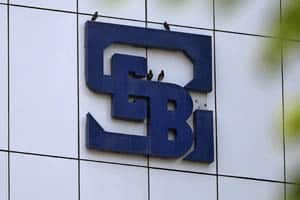 According to the latest data from Securities and Exchange Board of India (Sebi), the capital markets had witnessed 1,444 newly registered FPIs in the entire 2014-15 fiscal.(Reuters)

Capital markets regulator Securities and Exchange Board of India (Sebi) has told the Enforcement Directorate (ED) to look into complaints by four investors against a Lodha Group company, according to documents accessed by The Indian Express.

The Sebi communication was sent to the ED in January and is currently being investigated by the directorate, ED sources said. This is apart from the ongoing enquiry by the ED into Lodha’s investment in joint ventures with foreign firms and foreign investments of their sister concerns and group companies.

The official spokesperson of the Lodha Group said in an email that the company is not aware of any enquiry by Sebi.

The four Mumbai-based investors — Kanika Kalra, Laxmi Raheja, Murtuza Motiwala and Mehrkish Merchant — have alleged that in May 2012, Cowtown Land Development, a subsidiary of Lodha Developers, through its agent Santosh Shirke sold flats to them in its project Lodha Aqua but cancelled the sale with two months in July 2012. The investors claim that Cowtown Land has forfeited Rs 50 lakh given to it as booking amount for the flats.

In an 18-page complaint, these investors have also alleged several financial irregularities at Cowtown Land Development.

For instance, the complaint has alleged that Cowtown Land has used the money collected from “general public on the pretext of sale of flats” to give loans to related parties.

“Cowtown has entered into a truck load of financial transactions with related parties as per its annual report of March 31, 2014. These transactions go into multi crore amounts, when interestingly the paid up capital of Cowtown is just about Rs 22 lakh and profit is Rs 2 crore. Even the reserves and surplus of Cowtown are only about Rs 6.36 crore. However, very interestingly, Cowtown has in the year 2013 provided Rs 540 crore to related parties, which has for the year 2014 now come down but still a huge amount being Rs 187 crore,” said the investor complaint accessed by The Indian Express.

“We fail to understand how Cowtown, which has never held so much surplus, has been able to grant loans of such huge amounts and that too to related parties,” the complaint added. The investors have also alleged that the company has passed a resolution to invest Rs 1,000 crore in shares, debentures and mutual funds even as its paid up capital, profits and reserves and surplus are each less than one per cent of the proposed investment amount.

“Cowtown Land Development Pvt Ltd neither accepts deposits from public, nor is it a listed company. Hence, there is no basis for such alleged investigation,” said the spokesperson. The company said these four investors are a “part of an FIR filed in 2013 wherein they have been defrauded by a person named Shirke”.

“The said Shirke has collected payments from these parties (in form of DD/Banker Cheque) and promised to give them homes at our project, Lodha Aqua, at far below market value. We have not entered into any arrangement with these 4 parties, nor do we have any flat allotted to them. Due to the fact that they have lost about Rs 15 lakh each as part of the fraud committed by Mr Shirke, they are trying to drag us into the issue without having any basis for the same,” the spokesperson said.

On March 19, 2015, the ED had sought information of overseas investment by the Lodha Group as a part of the agency’s ongoing investigation under the Foreign Exchange Management Act (FEMA).

The letter, titled as an “enquiry” against the group in the subject line, listed three areas where the ED had sought information from the group. The first detail sought was of the overseas subsidiaries and joint ventures held by Lodha Developers Pvt Ltd, the group’s flagship company and its sister firms. The next was details of the physical properties and assets owned by the firm and its subsidiary companies. Lastly, the agency had asked for details of investment in acquiring such properties outside India.