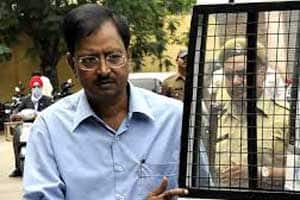 Satyam scam kingpin B Ramalinga Raju moved an appeal in a sessions court here today challenging a special court’s verdict which found him and nine others guilty in the multi-crore rupee accounting fraud in the erstwhile Satyam Computer Services Ltd (SCSL).

Raju, along with seven others, filed the appeal in the Metropolitan Sessions Court and the matter has been posted for for hearing on April 15 about its maintainability.

“The judgement (of the special court) is legally not sustainable and defence arguments were not considered,” V Surender Rao, one of the defence counsel who filed the appeal, said.

On April 9, a special court trying the SCSL accounting fraud probed by CBI, had sentenced Raju and others to seven years rigorous imprisonment after it found them guilty of criminal conspiracy as well as cheating, among other offences in the scam and also imposed a Rs 5.5-crore fine on Raju and his brother Rama Raju.

Raju is now prisoner number 4148 in the Cherlapally Central Prison here, where he has been lodged along with nine others since, April 9.