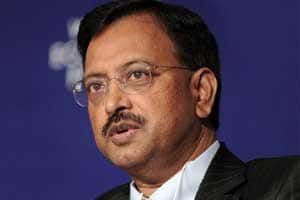 Following is the chronology of events in the erstwhile Satyam Computer Services Ltd (SCSL) multi-crore accounting fraud case, which came to light in 2009.

Jan 7/2009: B Ramalinga Raju, founder and chairman of SCSL, confesses to fudging of accounts to the extent of about Rs 7,000-crore in a letter to the board.

Jan 9: Raju and his brother B Rama Raju (managing director of erstwhile Satyam Computers) were arrested by the Andhra Pradesh police on charges of forgery and cheating; Central Govt supersedes Satyam’s Board.

Jan 10: The Company Law Board (CLB) bars the Satyam board from functioning; govt nominates Deepak Parekh, Kiran Karnik and C Achuthan to the Board.

Feb 5: Govt-appointed board names A S Murthy as the new Chief Executive.

Feb 11: The new board meets to select prospective bidders for 51 per cent stake in Satyam.

Feb 18: Govt asks Company Law Board to supersede the boards of Maytas Infra and Maytas Properties.

Mar 6: The Securities and Exchange Board of India (SEBI) gives approval to sell 51 per cent in Satyam.

Nov 4: Ramalinga Raju, along with two other accused, gets bail from the Supreme Court as CBI fails to file the charge sheet even after more than 33 months of Raju being arrested.

Jan 9/2014: Ramalinga Raju’s wife Nandi Raju and sons Teja Raju and Rama Raju were among 21 relatives of the ex-Satyam boss who were convicted by the Economic Offences Court for default in payment of Income Tax.

Dec 8: Ramalinga Raju and others convicted by a Economic Offences Court in connection with complaints filed by SFIO.

Apr 9/2015: Ramalinga Raju and nine others sentenced to seven years’ rigorous imprisonment in connection with the case probed by CBI.

More Stories on
B Ramalinga Raju