The companies also said sales of larger pack sizes will continue to be on the rise in metros for some months, as people would continue pantry loading, fearing reversal of pandemic. 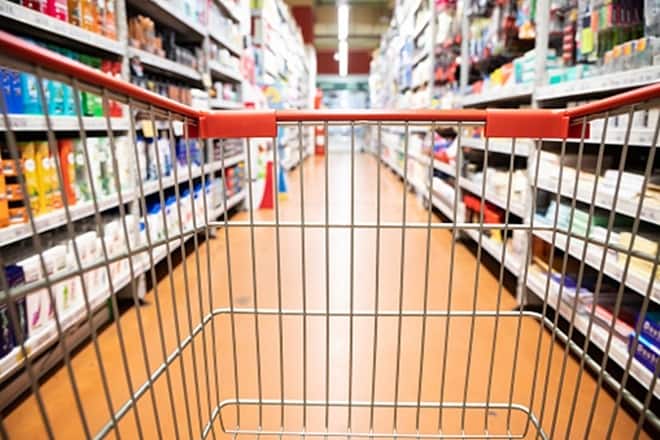 Moreover, this PPP would also be sought after by the people, who "unfortunately due to their limited budgets like to have benefits of the product which they were used to," he noted.

The coronavirus-induced lockdown is expected to sharpen the urban-rural divide in demand pattern of FMCG products, with consumers in big cities opting more for large size product packs, while in smaller towns and villages value pack rules the roost, according to industry players.

On the other hand, in urban areas, the companies say, they are witnessing a trend of consumers buying larger pack items and increase in volumes of purchases per visit to stores, although the frequency of buying has gone down as customers prefer lesser visits to crowded places such as hypermarkets and retail stores.

The companies also said sales of larger pack sizes will continue to be on the rise in metros for some months, as people would continue pantry loading, fearing reversal of pandemic.

Nestle India sees this pandemic to be an opportunity for the popular price products (PPP) in the market as sales of value packs in the rural markets is going to increase, where buyers are likely to hold their discretionary spends due to economic turmoil.

“It is possible that in the semi-urban and probably in some rural market, you would start seeing the smaller packs to do better,” said Nestle India Chairman and Managing Director Suresh Narayanan.

Moreover, this PPP would also be sought after by the people, who “unfortunately due to their limited budgets like to have benefits of the product which they were used to,” he noted.

“Also the number of migrant workers have gone back to the states, they are people who have consumed brands in cities and are aware of its brand and therefore they might seek these brands out in the rural areas,” Narayanan said.

However, he said “opportunity of large size would also be there in the metro market as pantry loading by people is going to stay for a while”.

Expressing similar views, Dabur India Chief Financial Officer Lalit Malik said as a large number of migrant workers are returning to their home towns and villages, demand for low unit price or affordable packs would go up in rural India.

“With the government recently announcing relief in the form of increased spends on MNREGA, rural consumption is expected to grow,” he said.

GCPL Managing Director and CEO Vivek Gambhir expects a polarisation in the market, where the urban area would opt for larger pack sizes, while the smaller centres would go for value packs due to financial constraints.

“We see polarisation in the market. Certainly, you would see a market for more convenience products, particularly sachets would become more prominent. At the same time, there would be some segments, which would be looking for greater value for money.

“So in urban centres, large packs would become more important as well, because people would want to reduce the frequency of their visits to stores and some consumers fearing shortages, may want to stock more in reserve. We would see both sachets and large packs gaining prominence,” said Gambhir.

Parle Products Senior Senior Category Head Mayank Shah said consumers in urban areas who used to go to a super or hyper market every week are now going only once in two or three weeks.

“But because they are going once in every two or three weeks, the number of items they buy are more. They are buying more than double of what they used to buy and more of premium products. They are also buying bigger packs,” he added.

“The idea is that he should get something which is filling. So, value items being picked up in rural areas,” Shah added.

Wipro Consumer Care and Lighting, which has FMCG brands as Santoor, Chandrika and Glucovita, said that once the supply lines are restored and accessibility of product increases, consumers would shift towards small value packs.

“I think people would become more careful in spending and would go to products, which are relatively are in smaller packs. That trend would come in five six months down the line, in my estimate. People are buying now larger packs but as supply and access improves, they might look up at holding their spends on smaller packages,” Wipro Consumer Care and Lighting Vice-President Marketing S Prasanna Rai said.

However, Capital Foods, maker of Ching’s Secret brand of packaged foods and condiments, expects that consumers would continue to buy large packets due to safety measures.