Chasing volumes in India, French car major Renault plans to launch more products in the high selling sub-four meter category even as it prepares to get past 5 per cent market share by the end of 2017. 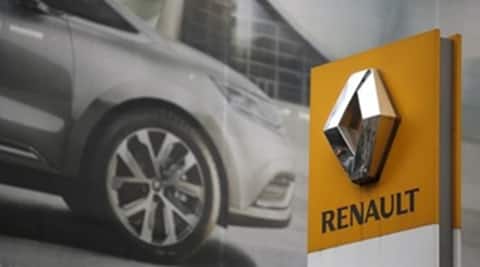 Chasing volumes in India, French car major Renault plans to launch more products in the high selling sub-four meter category even as it prepares to get past 5 per cent market share by the end of 2017. (reuters)

Chasing volumes in India, French car major Renault plans to launch more products in the high selling sub-four meter category even as it prepares to get past 5 per cent market share by the end of 2017.

The company, which currently sells five models in the country including SUV Duster and hatchback Kwid, plans more ‘Made in India’ products and to introduce one new car each year as parts of its “product development strategy”.

“In India most of the cars — over 70 per cent are less than 4 meters. The weight of mini segment where we have Kwid is 25 per cent. So we have a large space to make our portfolio,” Renault India Operations Country CEO and Managing Director Sumit Sawhney told PTI.

With 4-meter plus SUV segment, where the company has Duster, remaining in slow lane, it is the sub-4 meter SUVs and sedans which are bringing in volumes for the industry, he added.

“So clearly we have to bring vehicles in segments where we are not present and segments which can bring volume to us. This is what the strategy is. That’s how there will be one new car coming every year,” Sawhney said.

When asked if the company is planning to introduce a compact SUV anytime soon in the country to take on Maruti’s high selling Vitara Brezza, Sawhney said: “I would not confirm anything right now.

“When I said for the first time that we will be launching a mini car people used to say this is a segment where nobody has succeeded. But you know what we got was a game changer in innovation. So, you will see innovation and game-changing products coming from Renault’s side in every launch.”

The company does not want to follow “me too” strategy, he added.

The company, he said, is in the process of transitioning to mainstream products, moving away from the earlier strategy of having SKD and cross badged products.

“When we started our journey in India we had a joint venture and we wanted to come back to India very fast, so we adopted a bridge strategy. It was on back of SKD (semi-knocked down) products and cross badging products. This was only done to immediately come back,” Sawhney said.

With three mainstream products — Duster, Lodgy and Kwid, the company is now moving more towards the mainstream strategy, he said.

“India is a very competitive market. Do I see really a very strong future for SKD products? No. Even if I have the best product the cost will never justify. So we are transitioning from bridge strategy to mainstream strategy and with more cars coming up, we are right now in portfolio development mode,” Sawhney said.

The company has already discontinued SKD products like Koleos and Fluence in the country and is focusing on ‘Make in India’ with Kwid having 98 per cent of localisation.

Commenting on the company’s growth strategy, Sawhney said that with 5 per cent market share round the corner, the company would like to grow in a sustainable manner.

Whether it’s 5 per cent or 5.2 per cent market share or more it has to be done on a sustained basis, it’s the first step and the company is absolutely on track to achieve that, he said.

“Then going forward every year we will be bringing a new car so I think at the same time we are increasing our dealer network, acceptability if Renault is growing, so clearly the future looks fairly promising and interesting for us,” Sawhney said.

The company began the year with 205 outlets and by the end of the year it expects to have 270 outlets plus 25 workshops on wheels which is a new initiative to cover more geographical area.

Sawhney said that the acceptability of Renault brand is increasing as Kwid is successful not just in one or two states but all over the country.

“The company is growing very strongly and I am sure with this success 2017 will be an exciting year for us because people have started knowing Renault. I clearly see in coming years Renault being a strong player in India,” he added.