Anil Ambani-led Reliance Power has won an in-principle approval of the Bangladesh government for the first phase of the 3,000 megawatt LNG-based power plant. 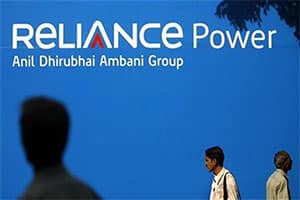 RIL and its partner Niko Resources had in February last year challenged the ministry's decision to take away 814 sq km of its eastern offshore KG-D6 area that contained five gas discoveries. (Reuters)

Anil Ambani-led Reliance Power has won an in-principle approval of the Bangladesh government for the first phase of the 3,000 megawatt LNG-based power plant.

“Under the approval, first phase of 750 MW power plant will be set up at Meghnaghat (Narayanganj district), around 40 km South-East of Dhaka along with the FSRU terminal at Maheshkhali Island in Cox’s Bazar district of Bangladesh,” the company said in a statement here.

Reliance Power will set up a 2 million tonnes a year floating LNG import terminal with a floating storage and re-gasification unit (FSRU) to bring the fuel in ships for firing the power plant.

Also Read
Swiggy to slash around 8-10% of workforce
RIL Q3 results preview: Net profit to likely fall, here’s how much; eye on Jio, retail performance
New CEO Kumar set to push reset button at Cognizant
Bikanervala will open 10 outlets in Gurgaon in 2023; will launch one outlet in Canada, two in UAE

“Power plant land at Meghnaghat will be provided by Bangladesh Power Development Board (BPDB). FSRU-based LNG terminal will supply re-gasified LNG for the power project and additional RLNG to PetroBangla,” the statement said.

The first phase will be commissioned in 24 months from the zero date, in 2018-19 and help meet Bangladesh’s rising demand for electricity.

“This will be the largest foreign direct investment in Bangladesh with a potential investment of over USD 1.3 billion,” the statement said.

Total investment in the 3,000 MW power plant together with LNG terminal would be close to USD 3 billion.

The company will use the equipment it had contracted for its Samalkot project in Andhra Pradesh for setting up the power plant in Bangladesh.

The equipment will be under appropriate warranties from General Electric (GE), the USA and other global suppliers.

Reliance Power was implementing a 2,400 MW gas-based power project at Samalkot in Andhra Pradesh. The project was to be allocated gas from Reliance Industries’ KG-D6 block but due to the drastic decline in production, the project has not got any gas so far.

The equipment for the project has been procured and is ready with the company. Use of these brand new equipment will put the implementation of Bangladesh project on fast track.

“Reliance Power is proposing to install the world-class equipment procured from internationally reputed equipment suppliers for combined cycle power project at Samalkot in Andhra Pradesh, including advanced class 9FA machines supplied by GE, in the proposed project at Bangladesh. This will help set up the project on a fast-track basis,” the statement said.