Industry body COAI today said its members have provided Reliance Jio Infocomm sufficient capacity to support 10 times more customer base it currently claims and attributed congestion in the network to free calls and data service the company is currently offering. 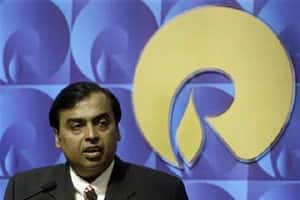 Reliance, which is a member of the COAI, alleged that it received an email from COAI at 1505 hours today stating it would be sending a letter to the government on Jio's test service but the letter was actually submitted to the government officials "as early as 1250 hrs." (Reuters)

Industry body COAI today said its members have provided Reliance Jio Infocomm sufficient capacity to support 10 times more customer base it currently claims and attributed congestion in the network to free calls and data service the company is currently offering.

Reliance Jio had earlier asked telecom regulator Trai to take action against dominant players, including Airtel, for denying it interconnection in “breach” of the licence agreement.

“If you give away free calls and data then people will consume tonnes of data which would be extremely high compared to normal usage. Then you push that traffic in other networks. We don’t understand any other reason for congestion,” Cellular Operators Association of India Director General Rajan S Mathews said.

He sought testing by independent expert to ascertain the reason for congestion in RJio network.

He said COAI members, which include Bharti Airtel, Vodafone, Idea Cellular, have given 400 interconnection ports on an average which can support 15-20 million customers using telecom services as per average subscribers on any other network.

“Our understanding is that they have 2-3 million users. Our members operators have given them sufficient number of ports to support up to 15-20 million users. We await the launch of their commercial services,” Mathews said.

No immediate reply was received from Reliance Jio on the matter.

Reliance Jio Infocomm (RJIL), a unit of Reliance Industries, said absence of incumbent operators to provide it points of inter-connection (PoIs) — connection between their facilities, equipment and network — led to unusually high call failures during its beta run.

“The current number of PoIs provided or being provided to RJIL are far from adequate and this is more than evident from the fact that the current call failure rate is in excess of 65 per cent, resulting in more than 1.6 crore call failures per day between RJIL and the networks of Bharti Airtel, Vodafone and Idea,” RJIL said in a letter to Trai.