Reliance Infrastructure may sell cement business as early as this week

Reliance Infrastructure is in the advanced stage of negotiations to sell its cement business and a deal can be announced as early as this week as the Anil Ambani-led firm tries to cut debt. 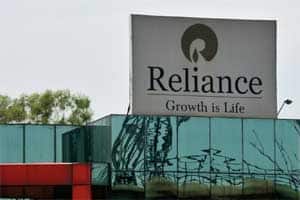 Reliance Defence and Engineering is also looking to export defence equipment to other countries besides exploring opportunities in India.

Reliance Infrastructure is in the advanced stage of negotiations to sell its cement business and a deal can be announced as early as this week as the Anil Ambani-led firm tries to cut debt.

The Mumbai-based firm is in talks with buyers — both domestic and foreign — to sell its cement and road business, in which it has invested over Rs 15,000 crore, that will be utilised to cut debt and also to fund its foray into defence manufacturing.

The company is in advanced stage of negotiations with 7 prospective buyers out of the initial 15 parties, and the deal can be finalised anytime now, a source said adding it can be announced as soon as Ambani returns from Russia and could be this week also.

The buyers include Blackstone, Carlyle and KKR.

Ambani, who is accompanying Prime Minister Narendra Modi on his two-day Russia visit, is likely to return tomorrow night. If this gets delayed, the final deal can be announced early next week, a person in know of the development said.

Reliance Cement, which has an annual capacity of 5.5 million tonnes, started operations in 2007. It has plants at Maihar in Madhya Pradesh (2.8 million tonne per annum), Kundanganj in Uttar Pradesh (2.2 MTPA) and Butibori in Maharashtra (0.5 MTPA).

Reliance Infrastructure, with a net worth of over USD 4 billion, is trying to sell its non-core assets, including the road business to pare debt and fund expansion in the defence manufacturing sector, which it feels will be the primary driver for future growth.

With industrial licences for various military platforms, Reliance Defence is one of the fastest emerging private sector firms, that wants to tap the lucrative development, manufacture and supply of defence aerospace, land and naval platforms and equipment.

Reliance Defence is a wholly owned subsidiary of Reliance Infrastructure.

The Anil Ambani-led group in a statement today said that Reliance Defence will jointly work with Russia’s leading developer and manufacturer of Air Defence Missile Systems ‘AlmazAntey’ on Air Defence Missile and Radar Systems that are required for Indian defence forces.

On its road business, the firm last month had said: “Investment of Rs 8,800 crore made by the company in its wholly-owned roads business will be appropriately monetised.”

It is talking to strategic and portfolio institutional investors in India and overseas to sell its road business, which includes 11 projects of about 1,000 kms across 7 states.