Reliance Infrastructure, the infra arm of the Reliance Group, has posted a 26% year-on-year decline in consolidated… 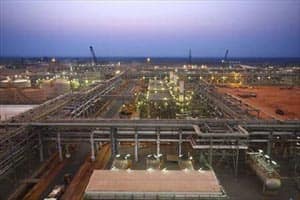 Currently, marketing margin of state-run GAIL is fixed by the government whereas the private-sector Reliance Gas Transportation Infrastructure (RGTIL) has the freedom to determine the margin.

Reliance Infrastructure, the infra arm of the Reliance Group, has posted a 26% year-on-year decline in consolidated net profit for the quarter ended March 31, 2015 at Rs 459 crore on account of flat operating income and higher finance costs.

The company’s consolidated total operating income decreased nearly 2% year-on-year to Rs 4,618 crore as the income from power business declined 13.5%, while income from EPC and contract business fell by 5% during the quarter.

MS Mehta, CEO, Reliance Infrastructure, said that while the cost of power purchased increased, the company was not able to pass it through completely to consumers, leading to a decline in revenues from the segment. Regulatory assets from the Delhi distribution business have accumulated to Rs 20,000 crore while Mumbai’s assets stand at around Rs 1,000 crore, he said.

Mehta said that going ahead, the company’s focus will be on growing the cement and the defence business, which the company entered recently with the acquisition of Pipavav Defence and Offshore Engineering.

“We will continue to remain conservative on bidding for external EPC projects. We are yet to see kickstart of investments in large infrastructure projects, so we will wait to see how the government spends pan out before taking on new jobs,” Mehta said. As on March 31, 2015, company’s EPC order book stands at Rs 5,048 crore.

Meanwhile, Mehta also said that the company has refinanced three of its road projects and the Mumbai metro project under the RBI’s 5/25 scheme. Mehta did not share futher details.

The company’s total expenses remained flat on a y-o-y basis and stood at Rs 4,140 crore. However, the finance cost more than doubled to Rs 683 crore from the year ago period, as the company converted some of its foreign borrowings to high-cost Indian currency, Mehta said.

Consequently, profit before tax halved to Rs 203.54 crore. The company’s gross debt at the end of FY15 stood at Rs 25,100 crore, almost the same as last year.