Anil Ambani’s Reliance Communications and Sistema Shyam Teleservices, majority-owned by Russia’s Sistema JSFC, which entered into talks in June for a possible merger… 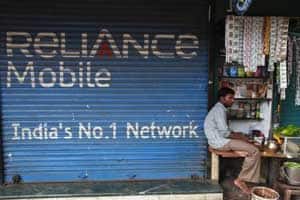 Anil Ambani’s Reliance Communications and Sistema Shyam Teleservices, majority-owned by Russia’s Sistema JSFC, which entered into talks in June for a possible merger of their operations in the country through a stock swap, are likely to wrap the deal in a month’s time or so.

Though CNBC TV18 reported on Thursday morning that the due diligence is over and the board will meet next month, the two sides denied any such development.

But as earlier reported by The Financial Express, the deal is likely to fructify soon as it suits both the parties.

Though the two sides have not divulged any further information, company sources said that in the merged entity Sistema, which runs services in the country under the MTS brand, would get a stake of 8-10%.

The deal is being structured in a manner that the entities do not have to pay the government any money under the merger and acquisition norms, even as it extends the validity of RCom’s licence in key eight circles from 2021 to 2033. Further, RCom had acquired spectrum in the 800 Mhz band during the auctions held this year in two more circles – Assam and North-East. So, eventually, in 10 of the 22 circles it can safely carry on operations beyond 2021 without having to renew spectrum.

RCom’s aim is to provide LTE-based 4G services in these key 10 circles. However, lack of contiguous spectrum may become a hurdle.

Sistema has 3.75 Mhz CDMA spectrum in the 800 Mhz band in eight circles: Delhi, Gujarat, Karnataka, Kerala, Rajasthan, Tamil Nadu, Uttar Pradesh (west) and West Bengal, which it acquired in the 2013 auctions. As such, the validity of these licences are till 2033 and this spectrum is liberalised, therefore, they can be used for 4G services.

RCom has CDMA spectrum across 22 circles and around 5 Mhz in most of them. The validity of the licence is till 2021, but since this spectrum in not liberalised it cannot be used to provide 4G services.

According to people aware of the talks, after the merger, RCom will either surrender its CDMA spectrum in the circles where Sistema has it or sell it through spectrum trading norms to Mukesh Ambani’s Reliance Jio Infocomm. This way, it would not need to pay the government any charge for liberalising its spectrum.

As things stand today, through this merger, beyond 2021, RCom is likely to focus only on 10 circles while in the remaining 11 it might look at entering into a trading pact with Reliance Jio Infocomm.

The 10 circles generate almost 50% of the company’s overall revenues.

However, analysts said that the company would face difficulty in providing 4G services in these circles if it surrenders its own spectrum as the 3.75 Mhz band, which Sistema has, is not contiguous. However, company sources said that with spectrum trading norms becoming a reality it may be able to tide over the problem.

Sistema JSFC holds nearly 57% in Sistema Shyam and has around 9 million subscribers. Other shareholders include the Russian government (over 17%) and Shyam Group (24%), the Indian promoters of SSTL. Minority shareholders own the rest.

Sources said that debt and liabilities would not be taken by the merged entity. Only Sistema’s businesses, which have been valued at around Rs 3,200 crore would be taken over. Sistema has revenues of Rs 2,000 crore. The company didn’t participate in the recent auctions and its business largely centres around data dongles, which would not be able to catch up with bigger telcos as they expand.

Sistema entered India in 2007. In 2008, the joint venture was awarded licences and spectrum to offer telecom services in all of the 22 circles using CDMA technology. However, the Supreme Court cancelled all but one of its licences, along with those of many of the other telcos, in a 2012 ruling.

During the March auctions, RCom made bids worth Rs 4,299 crore, including an upfront payment of Rs 1,106 crore.

The company won 800 MHz spectrum in 11 service areas but could not defend its 900 MHz spectrum holding in five out of seven circles expiring in 2015-16.