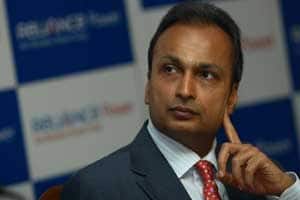 Anil Ambani’s Reliance Communications and Sistema Shyam Teleservices, majority-owned by Russia’s Sistema JSFC, on Monday wrapped up their five-month long merger talks in an all-stock deal under which the former will get access to latter’s 800/850 MHz spectrum across eight circles, valid till 2033. In lieu, Sistema will get a 10% stake in RCom. While Sistema’s debt does not form part of the deal, the yearly payment of Rs 392 crore the company needs to pay the government over the next 10 years for spectrum will pass over to RCom. Though RCom has 5 MHz of 800 MHz spectrum in these eight circles, the validity of the bulk of it is till 2021 when it needs to be renewed through auctions, something the company can now do without.

What’s significant of the deal is that at one go it provides an honourable exit for Sistema from the domestic telecom market as well as creates bigger synergies between RCom and elder brother Mukesh Ambani’s Reliance Jio Infocomm.

Not only does it open the possibilities of RJio buying out through trading RCom’s 5 MHz spectrum in the 800 MHz across the eight circles where it has now access to Sistema’s spectrum (Jio does not have 800 MHz spectrum in them), it also enables it to share spectrum with RCom in the overlapping circles to create a bigger pipe for a greater 4G play.

Even RCom can ride on Jio’s spectrum bank via sharing to provide 4G services, which it cannot do with Sistema’s as the quantum at 3.75 MHz is not sufficient.

However, for the chunk of unliberalised spectrum of RCom, market price would have to be paid to the government, which can range between Rs 5,000-7,000 crore if it is to be utilised by Jio for providing 4G services by either trading or sharing. Further, in 2021, these spectrum would have to be won back in auctions.

For RCom, which has a gross consolidated debt of Rs 39,828 crore at the end of March 2015, the other benefit would be that barring four circles (Andhra Pradesh, Maharashtra, Haryana and UP-East), it would have spectrum in either of the bands – 800, 900, 1,800 & 2100 MHz – for the next 15-20 years without the need to participate in auctions for renewal. Based on the 2015 auction price and interest for deferred payment scheme, this would have amounted to minimum outflow of Rs 15,000 crore in 2021 which will now not be required.

This perhaps explains the movement of company’s share price, which closed up 6.18% at Rs 79.90 on the BSE.

Commenting on the deal, Gurdeep Singh, president & chief executive officer, consumer business, RCom, said, “We are delighted to welcome Sistema Shyam TeleServices as a valued shareholder and partner. The combination of our wireless businesses, through the demerger of SSTL wireless business into RCom for stock consideration, will generate significant capex and opex synergies for mutual benefit”

On his part, Mikhail Shamolin, president and CEO of Sistema, said, “We are confident that SSTL’s entry into the equity capital of RCom as a strategic investor will strengthen the competitive position of the combined company and provide subscribers with superior experience by fast-tracking the growth of LTE technology in India”.

Sistema JSFC, which holds nearly 57% in Sistema Shyam has around 9 million subscribers. Other shareholders include the Russian government (over 17%) and Shyam Group (24%), the Indian promoters of SSTL. Minority shareholders own the rest. Sistema has revenues of Rs 1,500 crore. The company didn’t participate in the recent auctions and its business largely centres around data dongles, which would not be able to catch up with bigger telcos as they expand.

Sistema entered India in 2007. In 2008, the joint venture was awarded licences and spectrum to offer telecom services in all of the 22 circles using CDMA technology. However, the Supreme Court cancelled all but one of its licences, along with those of many of other telcos, in a 2012 ruling.

During the March auctions, RCom made bids worth Rs 4,299 crore, including an upfront payment of Rs 1,106 crore.
The company won 800 MHz spectrum in 11 service areas but could not defend its 900 MHz spectrum holding in five out of seven circles expiring in 2015-16.