‘A high level committee under the chairmanship of the Drug Controller General of India is mulling over a new drugs, cosmetics and medical devices bill. The Ministry of Chemicals and Fertilizers has also issued a draft policy with the objective. The industry will therefore have to wait and see what shape the forthcoming policies on medical devices take.’ 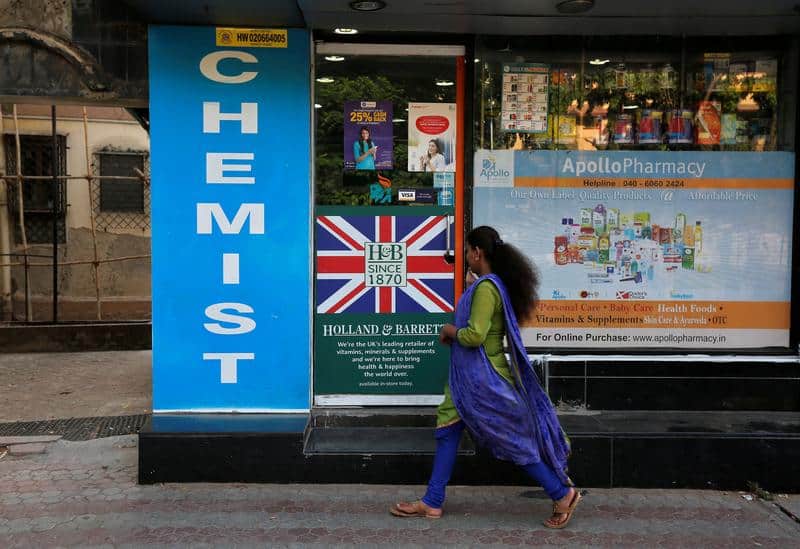 Fourth largest in Asia and among the top 20 in the world, the Indian MedTech (short for ‘medical technology’) sector holds the potential to attain a market size of USD 50 billion by 2025. (File Photo: Reuters)

By Mithun V. Thanks, Anjali Menon and Doorva Tripathi

Fourth largest in Asia and among the top 20 in the world, the Indian MedTech (short for ‘medical technology’) sector holds the potential to attain a market size of USD 50 billion by 2025. Comprising of healthcare products such as medical equipment, in vitro diagnostics and life science tools, a whopping 80% of the market consists of imports, making the domestic manufacturing of medical devices highly promising for investors. This is further supported by the Indian foreign direct investment (“FDI”) regime, which allows up to 100% FDI under the automatic route in the manufacture of medical devices.

Last year, the Indian MedTech sector witnessed a high inflow of capital from private equity and venture capital funds in start-ups employing disruptive technologies, such as Ykrita Life Sciences, Endimension and Axio Biosolutions. This year, initial public offers of established market players such as Healthium Medtech and Scanray Technologies are expected to follow suit. Notwithstanding these favourable trends, the Indian MedTech space faces certain challenges, such as those posed by the surrounding regulatory climate.

Historically, medical devices were left on the fringes of the Indian drug regulatory regime, with only a few devices notified and regulated as “drugs” under the Drugs and Cosmetics Act, 1940 (“Act”). It was in 2017 that the first set of regulations centred around medical devices – the Medical Device Rules, 2017 (“MDR”) – were issued under the Act. The MDR categorised medical devices in Classes A to D (in ascending order of risk) and prescribed rules for their licensing, manufacture, import, product standards, etc. with varying levels of stringency based on such classification. Even the MDR, however, was initially restricted in its application to the select few medical devices notified as drugs under the Act.

In a major shift in policy, the Ministry of Health and Family Welfare notified a comprehensive definition of medical devices on February 11, 2020 (“Notification”) and brought all medical devices within the scope of the Act and the MDR. Labelling all medical devices as drugs has also subjected them to the Drugs (Prices Control) Order, 2013 (“Order”) issued under the Essential Commodities Act, 1955. The Order authorises the National Pharmaceutical Pricing Authority to monitor the maximum retail prices (“MRP”) of all drugs (and medical devices by extension) and practically disallows manufacturers from increasing the MRP more than 10% of the MRP during the preceding year. Scheduled drugs under the Order are subject to even greater price control, such as fixation of caps on ceiling prices.

By way of the Notification, the government has revamped the regulation of medical devices in India. Critics however, do argue that the change in policy is more in the nature of palliative care than a remedy.

Medical devices, being products originating from fields as diverse as materials science, bioengineering, software and electronics, are fundamentally distinct from pharmaceutical drugs. Although the MDR prescribes rules tailored to medical devices and overrides the Drugs and Cosmetics Rules, 1945, medical devices continue to remain a subset of, and therefore are governed by, a primary legislation which is not adequately equipped to deal with the rapidly innovating sector. For instance, while Indian start-ups such as Niramai and OncoStem Diagnostics use artificial intelligence (“AI”) in their medical devices – AI based technologies call for provisions on data privacy and security not envisaged in the Act.

Interestingly, the NITI Aayog had previously prepared a draft bill titled “the Medical Devices (Safety, Effectiveness and Innovation) Bill, 2019”. While the draft did not see the light of day, guidance can be taken from its provisions regarding establishment of a new ‘Medical Devices Administration’, compensation to patients for injuries from faulty medical devices and penalties for failure to protect personal health information of patients.

Presently, a high level committee under the chairmanship of the Drug Controller General of India is mulling over a new drugs, cosmetics and medical devices bill. The Ministry of Chemicals and Fertilizers has also issued a draft policy with the objective of simplifying regulatory processes to boost innovation and incentivising private investment in research. This is particularly key as the prevalent MedTech themes (that are likely to attract investments this year) include AI and machine learning, diagnostic tools for home use, remote patient monitoring systems and digital health tools and wearables. The industry will therefore have to wait and see what shape the forthcoming policies on medical devices take and whether they manage to foster an environment conducive to growth and innovation.

(Mithun V. Thanks is Partner, Anjali Menon is Partner and Doorva Tripathi is Associate at Shardul Amarchand Mangaldas & Co. The views expressed in this article are those of the authors.)