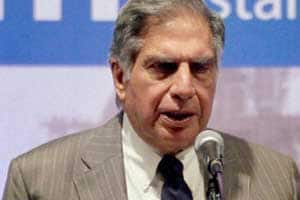 Noted industrialist and Tata Group chairman Emeritus Ratan Tata today sought details of train accidents in the recent past and the railways’ action plan to prevent such incidents at the second meeting of Kaya Kalp council here.

In the wake of the accident yesterday in Andhra Pradesh that claimed six lives, the two-hour-long meeting held at the Railway Board saw the public transporter being asked to prepare the accident data which would be taken up at the next Kaya Kalp meeting on September 11.

According to a Kaya Kalp member, Tata wanted to know whether level crossing (LC) gates are being equipped with hooter system to warn road users.

When told that some LC gates have the hooter system, he expressed a desire to have the complete data on accidents, including types of accident, casualties and other loss in the recent past and the steps being taken to curb such incidents, the member said.

Tata has also asked the two unions which are part of the council to come up with their suggestions on customer satisfaction and employees’ benefit at the next meeting.

Referring to the National Transport Policy prepared by the Planning Commission, Tata sought to know the railways’ plan for achieving the targets set in it.

Data concerning railways of other countries like China, France, Germany and the UK, too, was presented in the meeting to fix a target for Indian Railways.

Kaya Kalp was set up to recommend innovative methods and processes for the improvement, betterment and transformation of the state-run rail network.

The meeting was also apprised of the huge cross-subsidy given to the passenger segment from freight earnings, the Kaya Kalp member said.