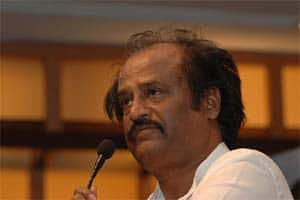 “We are pleased to report robust results in the third quarter, which reflect the success of our strategy to invest in high quality film content and monetizing it across existing and emerging revenue streams. Our content pipeline has seen some impressive signings and we are excited to announce our entry into the Malayalam market enhancing our regional breadth,” Sunil Lulla, Managing Director, Eros International Media Ltd. said.

Outlook for the forthcoming quarters remains buoyant backed by a number of high profile Hindi, Tamil and Telugu films as well as robust library monetization. With solid fundamentals in place, we believe the Company is poised to deliver strong growth in the coming years.”

“ErosNow, our online service showcasing movies, music, music videos and television shows, is developing as a robust offering that carries tremendous potential. Along with improving internet connectivity and forecasts of smartphone user base in India expanding to over 650 million in the next four years, we expect the demand for on-the-go entertainment to grow exponentially. We strongly believe, ErosNow is well-positioned to capitalize on the growing online consumption opportunity in India,” adds Sunil Lulla.

Strong financial performance: Results during Q3 FY2015 were driven by the success of new releases in multiple languages and library monetization across traditional and emerging platforms.
Theatrical revenues during Q3 FY2015 were driven by releases such as ‘Lingaa’ (Multi-lingual), ‘Kaththi’ (Tamil), ‘Action Jackson’, ‘Happy Ending’.
Revenues from the satellite segment also contributed towards strong financial performance and were supported by strong pre-sales and valuable contribution from the Company’s extensive film library of over 1,200 films and digital rights to an additional 700-plus films.

Eros International continues to strengthen regional presence: After a successful entry into other regional markets such as Tamil, Telugu, Marathi and Punjabi, Eros International announced its foray into the Malayalam market with leading director Jeethu Joseph’s ‘Life of Josekutty’, reflecting a continued strategy to enter new markets.

Digital Strategy led by ErosNow: ErosNow, the Company’s dedicated online entertainment platform offering full length movies, music, music videos and television shows, continued to gain momentum as it added more free and premium subscribers. We are pleased to announce ErosNow has over 14 million registered users worldwide (a combination of free, transactional and premium users) across all its platforms of which just over 10 million are mobile users in India who we were able to successfully convert through our TechZone relationship. We monetize the traffic from free users through advertising, transactional revenue comes when users consume content on a pay-as-you-go basis (mainly mobile WAP customers) and lastly from premium subscribers who sign up to a monthly subscription plan. The Company is focused towards driving reach and increasing customer acquisition through strategic collaborations.

Partnered with RailTel Corporation of India to provide ErosNow broadband streaming services to railway passengers. The tie-up will help facilitate ErosNow in amplifying its reach to a wider range of consumers.

Formed a worldwide content partnership with Google Chromecast, which was recently launched in India, to bring entertainment content from ErosNow to Chromecast users on their big screens.

Outlook for Q4 FY2015 and FY2016: We see continued strength in the business for Q4 FY2015 with upcoming releases of Badlapur, NH10, Uttama Villain following the releases of Tevar and Shamitabh. We have a very strong release slate for FY2016 which has a healthy mix of high and medium budget Hindi and regional language films.