The government is planning to come up with standards to curb noise pollution due to aircraft operations and ensure that noise levels are maintained within permissible levels. 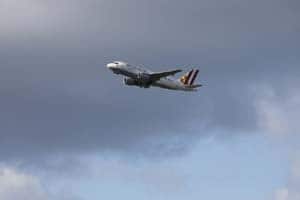 The civil aviation ministry has once again started the exercise of talking with the airline firms to find a mechanism that the latter do not charge excessively during peak season thus inconveniencing passengers. (Reuters)

The government is planning to come up with standards to curb noise pollution due to aircraft operations and ensure that noise levels are maintained within permissible levels.

The proposal, which has been in the works for some time, comes against the backdrop of concerns expressed in some quarters, including by resident welfare associations, about noise pollution being created by aircraft operations.

To assess the situation at airports, various studies have been carried out by agencies and discussions have been going on between different government departments over the last few years.

The Environment Ministry is working on a proposal for bringing in standards on noise levels pertaining to aircraft operations and measures for maintaining noise within the permissible limits, a senior official said.

Multiple rounds of discussions have already taken place among various agencies including the Environment Ministry, Directorate General of Civil Aviation (DGCA) and Central Pollution Control Board (CPCB), the official said.

Back in September 2013, a study on noise levels from aircraft operations at the Delhi international airport was conducted by DGCA through a foreign entity. Besides, CPCB has done studies on few other airports, the official said.

In December 2014, the regulator had issued a CAR (Civil Aviation Requirement) on ‘noise management of aircraft operations at airports’.

The issue of noise pollution from aircraft operations has been simmering for sometime and some entities had also moved court and tribunals in this regard.

Earlier this week, the National Green Tribunal, while hearing a bunch of pleas, asked why night curfew is not implemented for flights to and from airports across the country.

According to a DGCA official, the general view has been that it would not be practical to put in place restrictions for night operations on aircraft in the country.

Such a move could result in foreign carriers choosing other countries rather than India as their hub for operations. Many overseas airlines operate flights at night as that helps them in reaching their destinations in the morning hours, the official said.

On April 5, NGT Chairperson Justice Swatanter Kumar had directed the government to file a short note on steps taken by it to notify noise-level standards for airport noise zones.

The government told the bench it was adopting various aircraft noise mitigation measures like Continuous Descent Approach and mixed mode approach to bring down noise levels at airports. Continuous Descent Approach or Optimised Profile Descent is a landing method designed to reduce fuel consumption and noise compared to other conventional descents.

The tribunal was hearing a bunch of pleas filed by the residents of south Delhi’s Vasant Kunj and Bijwasan areas and Indian Spinal Injuries Centre (ISIC), a super-speciality hospital located near the airport.

The Supreme Court had last November referred the matter to NGT, saying the parties would not claim any interim order before the tribunal.

Meanwhile, as per the CAR issued in December 2014, airport operators have to update their noise maps and noise management action plans in view of the traffic growth forecast at their airports at least once in five years.

Apart from having a noise management action plan based on noise mapping study, airport operators are also required to set up real-time permanent Noise Monitoring System (NMS), as per the CAR.

“Airport operators shall carry out a noise mapping study around their airports including areas directly under the flight paths, to assess the existing noise loads and the population affected within the various noise contours/maps using an internationally accepted noise model and actual data (eg flights, aircraft types, routes used, radar tracks).

“Noise maps shall be validated with actual field noise measurements data,” it had said.