The Telecom Secretary called upon wifi equipment makers to lower the cost of their products for the expansion of PM-WANI scheme. 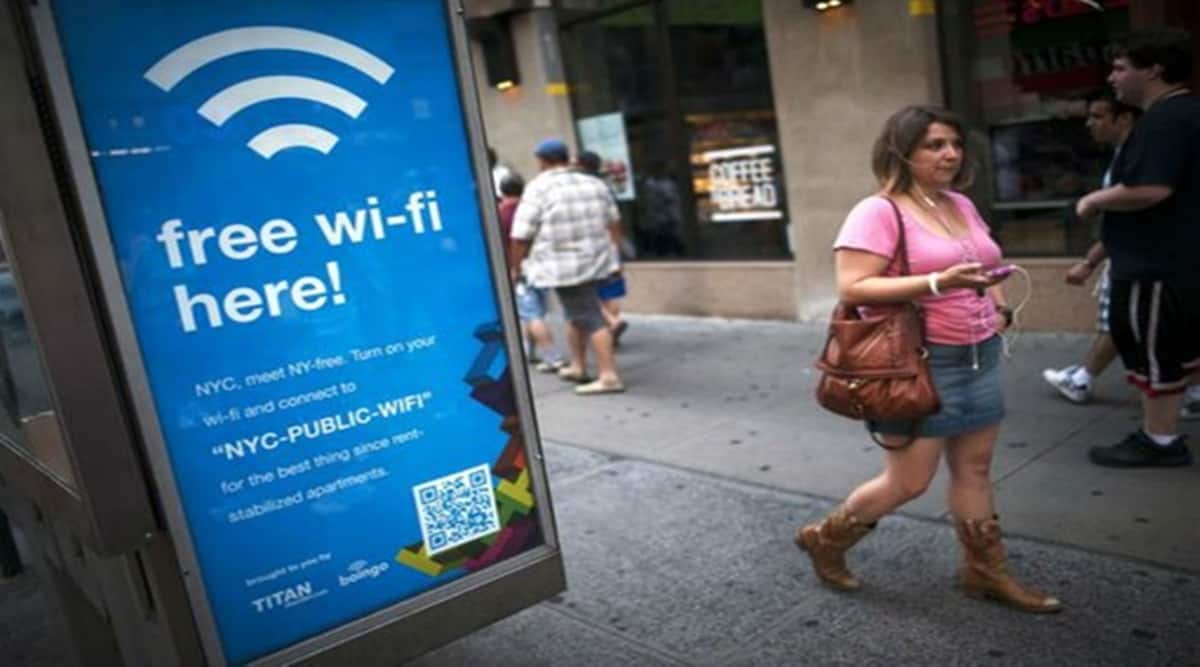 Public wifi hotspots have immense potential to act as catalysts for rural economy and as a means of rural livelihood. (Reuters)

Setting up of 1 crore public wifi hotspots across the country by this year as envisaged under the present telecom policy has the potential to create 2-3 crore job opportunities, a senior government official said on Saturday.

Telecom Secretary K Rajaraman while speaking at Broadband India Forum (BIF) event called upon wifi equipment makers to lower the cost of their products for the expansion of Prime Minister’s Wi-Fi Access Network Interface (PM-WANI) scheme which aims to set up wifi hotspots across the country.

“Given by conservative estimate of each hotspot enabling 2-3 direct and indirect employment opportunities, the creation of 10 million hotspots as per the NDCP (National Digital Communications Policy) target by 2022 would potentially generate 20-30 million job opportunity in the small and medium scale sectors,” Rajaraman said.

Public wifi hotspots have immense potential to act as catalysts for rural economy and as a means of rural livelihood besides propelling socio-economic growth by providing employment opportunities for millions of small local and village entrepreneurs.

“Sprawling manufacturing units will be needed to produce millions of access points for PM WANI which is the core of the Atmanirbhar Bharat Mission and would lead to therefore more job creation,” Rajaraman said.

According to the PM-WANI portal, over 56,000 wifi hotspots have been deployed across the country till date. Rajaraman said that he wants more entrepreneurs to join PM-WANI programme facilitated by C-DoT.

“This (BIF Connectivity Accelerator) virtual programme will give startups the opportunity to partner with BIF to help develop relevant use cases and help scale their businesses. We appeal to all stakeholders to come together and join hands with us to expeditiously and effectively implement this national mission,” BIF president TV Ramachandran said.