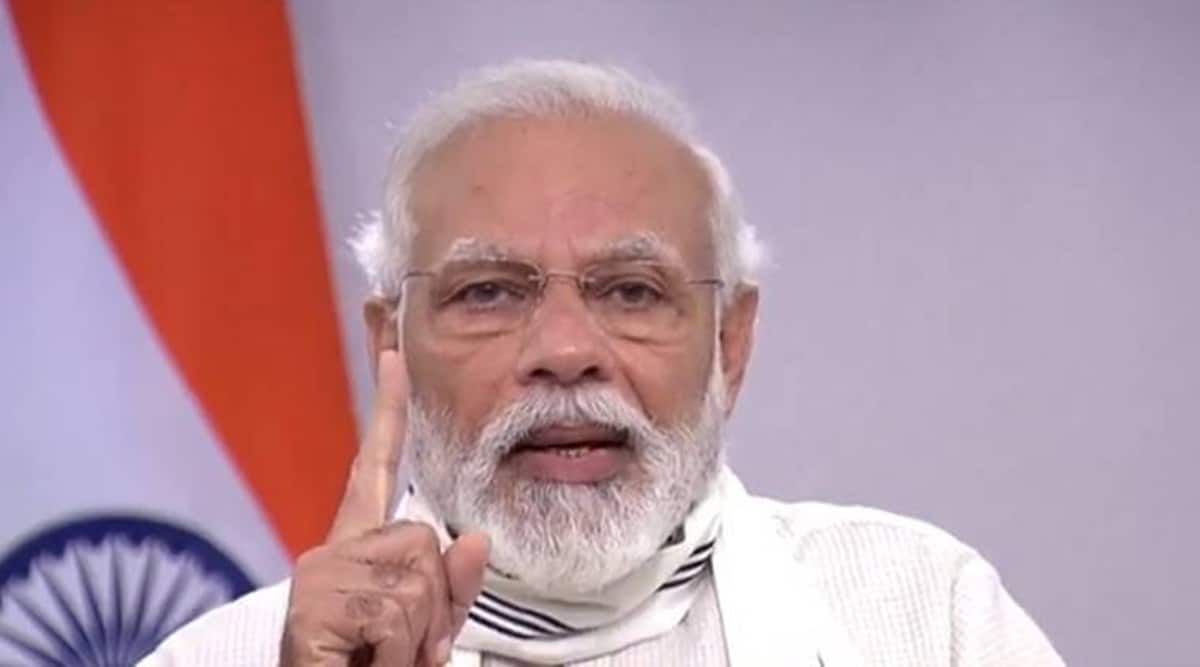 Commenting on the positive impact of the Jyotigram Yojana, an initiative of the Gujarat government to supply 24-hour, three-phase quality power in rural areas, the PM said that the initiative has helped to increase milk production in Gujarat.

A large number of small farmers in the country will be directly connected with the food-processing and agriculture value chain linked with exports, as the government is focusing on the formation of 10,000 new farmer produce organisations (FPOs), said PM Narendra Modi, at the inaugural ceremony of Rs 1,000 crore worth of dairy projects, at Sabar Dairy, near Himatnagar in north Gujarat.

Over the past two years, the government has issued more than 3 crore kisan credit cards not only to farmers, but also to milk producers and fishermen across the country, the PM stated.

Commenting on the positive impact of the Jyotigram Yojana, an initiative of the Gujarat government to supply 24-hour, three-phase quality power in rural areas, the PM said that the initiative has helped to increase milk production in Gujarat. “Due to availability of uninterrupted electricity, numerous milk-chilling units have been set up in the state. As a result, not only has wastage of milk been reduced, but milk production too has increased. Besides, increased irrigation facilities have also boosted animal husbandry activities in Gujarat,” he said.

Also Read
Register now to be a part of the OnePlus 10T launch première in India
Nestle India Q2 net profit falls as higher costs eat away sales growth; here’s how much it earned in Apr-Jun
Noise i1 Smart Glasses: See and hear with this smart frames
Piramal Enterprises gets RBI nod to start NBFC business

At Sabar dairy, PM Modi inaugurated a mega milk powder plant developed at a cost of Rs 305 crore. The plant has the capacity to produce 120 tonne of milk powder per day. He also inaugurated a 300,000-litre-per-day ultra-high-temperature (UHT) milk plant, and performed the groundbreaking ceremony for a 30-tonne-per-day cheese and whey-processing plant.

Sabar Dairy is a part of GCMMF, the owner of Amul, the largest food and FMCG brand in India. It is also ranked as the eighth largest dairy organisation in the world. “Our new milk powder plant, the UHT milk plant, and the cheese and whey-processing plant will not only enhance the supply of high-quality milk and milk products, but also help in boosting the incomes of farmers and milk producers in the north Gujarat region,” said Shamalbhai Patel, chairman of Sabar Dairy and chairman of Gujarat Cooperative Milk Marketing Federation (GCMMF).