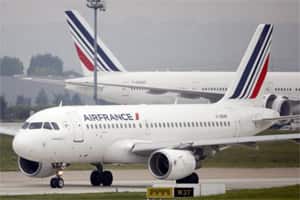 According to a statement, the incident took place this afternoon when flight AF006 encountered bad weather “at the beginning of the cruise phase.”

The plane turned back and landed at Charles de Gaulle airport, where medical assistance was provided to the crew members. It wasn’t immediately clear how serious their injuries were.

No passengers were injured.

Next Story
Travelport ties up with AirAsia for bookings, other services