PEs warm up to realty, investment jumps over Rs 11k crore in H1

Private equity investments in the real estate sector jumped nearly three-fold to over Rs 11,000 crore in January-June of this year on the back of higher inflows in the housing sector. 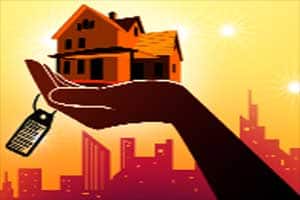 "We are very disappointed. We were expecting a 25 basis points reduction in the repo rate," CREDAI President Getamber Anand said. (Representational Photo)

Private equity investments in the real estate sector jumped nearly three-fold to over Rs 11,000 crore in January-June of this year on the back of higher inflows in the housing sector.

Real estate, which is facing a huge demand slowdown, saw highest inflows in January-June since 2008 owing to increased exposure from both domestic and foreign funds.

According to property consultant Cushman & Wakefield’s report on private equity investments in real estate, the total inflows for the sector for H1 of 2015 stood at Rs 11,080 crore as against Rs 4,000 crore in the same period last year.

The residential sector continued to attract a majority of total investments during the first half — at 56 per cent — followed by commercial offices, which had a 41 per cent share, while the remaining was for mixed use developments.

The investment trend is likely to continue upwards owing to improved macro-economic factors, he added.

“Furthermore, an enabling policy environment, healthy demand for office space and a recovery in residential demand will all lead to continued inflows of investments in India from PE funds in coming years,” he added.

Total number of deals increased 44 per cent to 39 during H1 of 2015 compared with 27 during the year-ago period.

“The top deal in H1 of 2015 was in Chennai wherein US-based New Vernon Capital invested Rs 2,420 crore in SP Infocity IT Park.

The second-largest deal was also in commercial office asset wherein US-based Blackstone — the worldâ€™s largest portfolio investment manager — invested Rs 1,060 crore in an IT corridor of Vikhroli in Mumbai.

Increase in PE investment in real estate during H1 of 2015 is on account of continued increase in interest in commercial office and residential assets, which nearly tripled (3.2 times and 2.8 times, respectively) from a year ago.