Panama Papers Part I: ‘Shorten name from Aishwarya Rai to A Rai for confidentiality’

The Indian Express accessed MF documents which show that Rai, her father Kotedadi Ramana Rai Krishna Rai, mother Vrinda Krishna Raj Rai and brother Aditya Rai were appointed on May 14, 2005, as directors of Amic Partners Limited — with an initial authorised capital of $50,000. 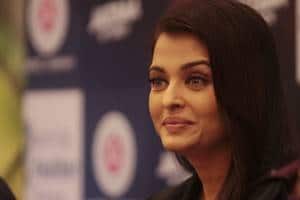 Records maintained by Mossack Fonseca (MF), the Panamanian firm that helps set up offshore entities, reveal that for at least three years, one of India’s most famous faces, Aishwarya Rai, and her family were part of a company incorporated in the British Virgin Islands, a tax haven.

The Indian Express accessed MF documents which show that Rai, her father Kotedadi Ramana Rai Krishna Rai, mother Vrinda Krishna Raj Rai and brother Aditya Rai were appointed on May 14, 2005, as directors of Amic Partners Limited — with an initial authorised capital of $50,000.

On June 18, 2005, an Amic board resolution changed Rai’s status to shareholder. And on July 5, 2005, internal instructions exchanged between MF staff stated: “One of the shareholders requested to shorten her name from Ms Ashwaria Rai (sic) to Ms A Rai for reasons of confidentiality. The same was mutually agreed and consented by all directors and shareholders.” In 2008, a year after Rai married Abhishekh Bachchan, the process to wind up the company was initiated, show records.

MF records show that when the company was set up, each share had a par value of $1 with the Certificate of Incumbency stating that the four directors had an identical holding of 12,500 shares each.

Correspondence from MF’s Dubai office shows that Amic was acquired for $1,500, with $1,150 being the acquisition fee and $350 charged as the licence fee. The agent used was a Dubai-based company, BKR Adonis Kannan. The subscribers resolution of Amic — dated May 12, 2005 — shows Rai and her father as the “first Directors”. In all MF documents linked to Amic, the address columns have been left blank.

Also, a resolution passed by the Rai family on June 18, 2005, shows that all four members were present in Dubai for a board meeting when it was decided that the star and her mother would step down as directors but remain as shareholders. The resolution was signed by all four directors, and the meeting chaired by Rai’s father.

MF correspondence of July 5, 2005, which reflected this change, stated: “I am attaching herewith the Board Resolution stating the removal of two directors and please modify things needed to be changed including the appointment of first directors and the Certificate of Incumbency to reflect the two names only…”

Records also note banking instructions issued during that meeting — that the Dubai branch of ABN-AMRO bank would hold the company’s accounts and be its Non-discretionary Investment Managers. The resolution clarifies that any of the listed directors may operate these accounts.

In 2007, Amic was re-registered with a Certificate of Incumbency, dated April 10, showing only Rai’s father and brother as directors and all four as shareholders. Once again, each stakeholder, including Rai, is shown to have 12,500 shares each. In 2008, the company was dissolved.

MF records show different dates on which the company was actually wound up. One set shows the “inactivation” date as March 25, 2008, before the company’s name was “struck off” the registry on April 30, 2009. Another document that listed inactive companies shows Amic’s inactivation date as March 25, 2008, and its “automatic” dissolution date in the registry as recent as April 30, 2016.

The MF records also throw up an interesting nugget: the “client” wanted the MAA (Memorandum and Articles of Association) to specify the process in case of a shareholder’s death.

On June 29, 2005, shortly after Amic was registered, MF replied: “…the passing of one shareholder’s shares to another on his death is not something that can be addressed in the Memorandum and Articles of Association. The only way to move a share on death is a will…”

RESPONSE: Archana Sadanand, the media advisor to Aishwarya Rai, said: “What is this consortium (ICIJ) and what does it do? Is this an authorised entity and how do we know that the information they get is authentic? All information that you have is totally untrue and false.”

An Investigation by The Indian Express with International Consortium of Investigative Journalists & Suddeutsche Zeitung, Munich. For all the stories from around the world go to ICIJ.ORG