Panama Papers: Missing from Oberoi stable – A firm each in the Bahamas, Hong Kong

‘Oberoi Group has taken all necessary approvals from the Government of India in relation to the Amex Group/Oberoi Group joint venture… ‘— P R S Oberoi – See more at: http://indianexpress. 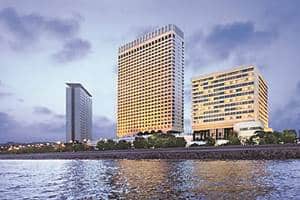 In 2010, The Oberoi Group announced it had acquired 45.8 per cent stake from Amex Investment Ltd (Hong Kong) in their joint venture EIH Holdings Ltd (British Virgin Islands) that manages and invests in hotels outside India. The deal was struck through EIH International Limited (BVI) for US $ 45 million.

Pathmanaban Selvadurai, who is director of at least three EIH companies, is also director of Peran Limited (Hong Kong). Mossack Fonseca records show that the company’s original certificate of J&W Inc share was sent to Sudarshan Rao, vice president (finance) of the Oberoi Group, in 2011.

Amex had stake in J&W Hong Kong Limited which, soon after incorporation, bought shares in EIH Holdings Ltd (BVI), the joint venture the Oberoi Group acquired from Amex in 2010. The Oberoi Group declined to discuss the ownership of Peran Limited (Hong Kong) and whether the acquisition of Amex stake in EIH Holdings also included the takeover of J&W Hong Kong and J&W Inc (Bahamas).

In an email response, P R S Oberoi, executive chairman of the Oberoi Group, said: “The business affairs of Amex Group/Oberoi Group joint venture are confidential and the parties are legally bound not to disclose or discuss those matters with third parties.” (See response below)

Five months after Nanda’s exit, the Oberoi Group entered the picture. Peran Limited (Hong Kong), Mossack Fonseca records show, acquired 100 per cent stake in J&W Inc from Chadha’s Amex through two transfers of 49 per cent and 51per cent in November 2006 and July 2010, respectively.

In November 2006, Mossack Fonseca records show, Oberoi and Madhok were appointed directors and J&W Inc executed a debt waiver agreement with Amex Investment Limited, providing a reduction in an unspecified debt owed by the company to US $ 9,999,999 and issued promissory notes to Amex for the amount. The same day, Amex moved 490 of its 1,000 shares to Peran Limited (Hong Kong).

Deepak Madhok of the Oberoi Group signed on behalf of both Peran and J&W Inc.

On June 30, 2010, Chadha, along with the other Amex representative Nicolaas Peter van Lookeren Campagne, resigned from EIH Holdings (BVI), J&W Hong Kong Ltd and also J&W Inc. The next day, Mossack Fonseca records show, Amex transferred its remaining 510 shares of J&W Inc to Peran Limited. The purchase price was fixed at US $13.34 million which was then reduced to US $11.70 million.

In May 2008, a Sydney-based legal firm appointed by Madhok instructed that Mossack Fonseca’s invoices should be addressed to J&W Inc and “sent to and for the attention of Deepak Madhok and there should be a note on the invoice that it will be payable by EIH Holdings Ltd”, an Oberoi Group company.

On July 7, 2010, an Australian legal company, Aequus Counsel, sent a bunch of documents to Mossack Fonseca’s Bahamas office. Authorised by Madhok, the forwarding note described the transfer of 510 ordinary shares in J&W Inc to EIH International Limited while the attached form showed transfer of shares from Amex to Peran.

“Amex Group is a private partnership whose business affairs are not public. The business affairs of Amex Group/Oberoi Group joint venture are confidential and the parties are legally bound not to disclose or discuss those matters with third parties.

“Oberoi Group has taken all necessary approvals from the Government of India in relation to the Amex Group/Oberoi Group joint venture including the establishment, modification and termination of the joint venture.

“However, for the record, your numbered paragraphs 1-7 (of a questionnaire emailed by The Indian Express) contain statements of fact which are simply not correct, taken completely out of context. The various questions you pose are based not only on those incorrect assertions but other assumptions which are not valid. For the reasons mentioned, I cannot correct your errors.

“The private business affairs of Oberoi Group and its partners are not subject to review by media and public examination on demand.”

On April 1, a letter from Oberoi said: “Please understand that the entities and confidential transactions, events and documents your asserted statements of fact and questions relate to go back more than 10 years. Those entities and confidential transactions, events and documents are both complex and voluminous involving many parties, countries and entities all over the world. It is not possible to respond in a meaningful way, even if we were able to, without discussing a great deal more confidential information than the responses you seek or contemplate.