Over one lakh emails sent to Trai supporting net neutrality

Over one lakh netizens have already written to telecom regulator Trai in support of net neutrality in the country, even as the deadline… 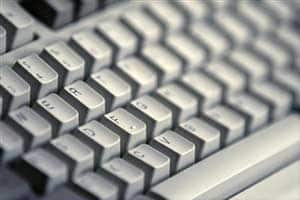 The six-member committee of the Department of Telecommunications (DoT) on net neutrality admits that enforcing net neutrality may throw up questions and problems.

Over one lakh netizens have already written to telecom regulator Trai in support of net neutrality in the country, even as the deadline for receiving comments on the contentious issue is more than 10 days away, according to free internet advocates.

Last month, the Telecom Regulatory Authority of India (TRAI) had sought views of public on net neutrality in India.

The last date for receiving comments is April 24 and counter comments by May 8.

Net neutrality implies equal treatment be accorded to all Internet traffic and no priority should be given to any person or entity or company based on payment, which is seen as discriminatory.

“Please give 30 seconds of your time to do this. http://www.savetheinternet.in/,&#8221; actor Farhan Akhtar tweeted.

After a video by comedy group AIB went viral on social networks, actors like Akhtar and Kunal Kemmu, music composer Vishal Dadlani and Congress leader Digvijay Singh have come out in support of net neutrality in India.

The nine-minute video explains why net neutrality is essential for India and had celebrities including Shah Rukh Khan tweeting about it.

It urged people to sign up against allowing telecom operators/internet service providers to choose the type, quantity or pricing of content for the consumers.

Airtel Zero is an open marketing platform that allows customers to access a variety of mobile applications for free, with the data charges being paid by start-ups and large companies, which experts and free Internet advocates feel violates principles of net neutrality.

Airtel had said that ‘Airtel Zero’ platform is focussed on offering customers “free” access to mobile apps and the debate that the product violates principles of net neutrality is “unrelated”.

“While opinions from critics of the product are very welcome, it’s pertinent that we set the record straight. Since we announced Airtel Zero on April 6, over 150 start-ups with a majority being small start-ups have contacted to enquire about the product,” Bharti Airtel had said.

The government today said it expects the expert panel set up to look into the issues of “Net neutrality” will submit its report by the second week of May.