Online grocer and delivery player Grofers is clocking losses of R24 lakh per day, according to the firm’s CEO Albinder Dhindsa, report Anushree Bhattacharyya and Hita Gupta in New Delhi. 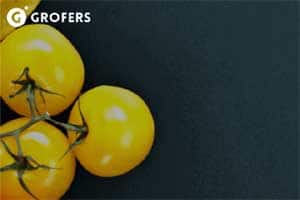 Online grocer and delivery player Grofers is clocking losses of R24 lakh per day, according to the firm’s CEO Albinder Dhindsa, report Anushree Bhattacharyya and Hita Gupta in New Delhi. Dhindsa told FE the business is reporting revenues of Rs 16 lakh a day.

The CEO observed that while acquiring customers had been an expensive proposition till last year given too many players were chasing the same universe of customers, the situation had improved.

“A lot of that has changed now with some businesses shutting down,” he said. At the current run rate, the business is losing Rs 7.2 crore every month on revenues of Rs 4.8 crore.

Earlier this year, the e-grocery firm shut down services in nine cities including Ludhiana, Bhopal, Kochi, Coimbatore and Visakhapatnam and now operates in 17 cities.

The bleed arises largely out of unused capacity. “In Mumbai, for instance, if we have the capacity to deliver 100 orders, we are currently delivering only 50,” Dhindsa explained. At the same time, there are cities where the firm has been able to optimise operations. For instance, in Gurgaon it operates at 75% capacity on weekdays and 90% on weekends.

With a freeze on fresh recruitment the firm this year will focus on upgrading technology, which accounts for 50% of costs. “We want to automate more on every front whether it’s payments or remittance on the app used by merchants. Technology is going to play a big role in how we do our business,” the CEO said.

As such, Grofers has ramped up the IT team, which has some 150 people. After the recent layoff of 200 people, the company now has 750 staff members apart from 2,000 delivery boys employed in a third-party entity.

The e-grocery firm, which follows a hybrid business model — a combination of inventory and marketplace — currently has 10,000 merchants on its platform.

In 2014-15, Locodel Solutions, Grofer’s parent company, reported a loss of Rs 3.9 crore in its first full year of operations. The company recorded revenues of Rs 86.37 lakh and expenses of Rs 4.76 crore for the year ended March 31, 2015, according a filing with the registrar of companies.

Next Story
Next big thing in e-commerce, online grocery start-ups in India struggle