A change in the incentive plan and hard-nosed competition among cabs have resulted in a rougher ride for Ola and Uber drivers. 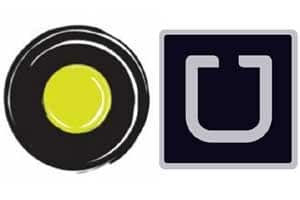 Following its submission in the Karnataka High Court on Monday, Ola had raised the issue of “foreign” identify of Uber, which did not respect the laws of the land.

A change in the incentive plan and hard-nosed competition among cabs have resulted in a rougher ride for Ola and Uber drivers. While last year earnings for many of these drivers crossed Rs 1 lakh a month, this year has seen a slump of over 70% for most.

According to a study by RedSeer, a Bengaluru-based research and consulting firm, earnings of drivers of Ola and Uber with small hatchback cars (Ola Mini, Ola Micro, UberGo) have slumped to Rs 15,000-22,000 a month and R24,000-32-000 for bigger vehicles (Ola Prime and UberX). RedSeer had conducted the study over a period of 10-12 months across 14 cities in the country including Bengaluru, Delhi, Kolkata, Mumbai, Ahmedabad, Jaipur, Indore and Pune.

Currently, Ola pays Rs 3,200 (excluding Ola’s commission and data charges) for 11 rides, Rs 4,800 for 14 rides and Rs 6,200 for 16 rides, while Uber pays Rs 6,600 for 15 rides. Sources said the companies have increased the desired number of daily rides, thereby decreasing the incentive per trip.

Backed by marquee global investors, both Ola and Uber have been burning significant cash over the past year with ride-linked incentives to drivers in a bid to capture the market and attract more drivers on to the platform. India’s online taxi services market is estimated to be around $9 billion, pegged to grow at a CAGR of over 17% during 2015-2020, according to Research and Markets, a US-based market research firm. Ola has closed over $1.3 billion of external funding over the years, while its competitor Uber had last year committed to invest $1 billion in India.

With roughly double the number of driver partners on the platform now, companies have revised the incentive plans and hence earning have reduced drastically. Also, in August 2015, both operators had started levying drivers R300 a week for using their service, attributing it as mobile and internet charges.

“Earlier, for 10 rides I used to earn Rs 5,000 a day (including incentives). However, now I have to take 15 rides to earn the same money and I have to put in 15-18 hours to earn that, which is not possible every day,” said Somashekaraiah, an Ola driver in Bengaluru. However, Somashekaraiah feels he is better off compared to the days before he was associated with Ola. “Today, I do not have to toil hard to get customers. All my sales needs are taken care by the company (Ola),” he said.

Both Ola and Uber were not willing to share the incentive details. However, in its response Ola stated, “What a driver partner earns on the Ola platform is direct functionality of the number of bookings he does, and the high quality of rides he offers to his passengers. Ola provides flexibility to choose their own work timings with no restrictions on minimum number of log-in hours. With the introduction of Ola Micro, drivers have witnessed an increase in revenue as a result of increased number of rides and lower waiting time.”

“Till last month Uber was fast catching up with Ola. But with the master-stroke around Ola Micro and the discounted pricing, they’ve been able to reverse the trend. For Ola, about 70-80% of the overall bookings comes from Micro and Mini categories,” said RedSeer Consulting CEO Anil Kumar.