Following up on the request of the Delhi government, the department of telecommunications has blocked the websites of taxi aggregators… 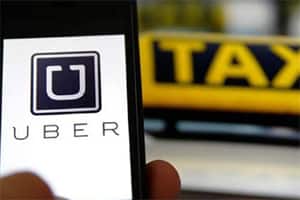 Following up on the request of the Delhi government, the department of telecommunications has blocked the websites of taxi aggregators — Ola, TaxiForSure and Uber — in the city. So while there’s no nationwide ban, Delhi residents would not be able to access their websites to book cabs.

Sources said that DoT issued a direction under the provisions of the IT Act to all internet service providers (ISPs) to block the websites of these firms in Delhi and report compliance.

The notice says that if the ISPs fail to block the sites, action will be taken against them under Section 12 of the IT Act. Some of the ISPs contacted by FE said they would comply with the government’s directive as soon as possible. “We will only have to block the Delhi link of the websites of the taxi companies. As far the apps are concerned, we will provide restricted access, where users won’t be able to access the Delhi site. This can be done from the server,” said an ISP representative.

An Uber executive said, “This has been going on. We know that the ministry of IT had been asked to block the site, but we are not aware of this Delhi ban.”

Messages and calls to Bavish Aggarwal, CEO and co-founder of Ola, which acquired TaxiForSure for $200 million, remained unanswered.

The Delhi government and the aggregators have locked horns since last year when a woman passenger was allegedly raped by an Uber cab driver. The city government maintains that these firms do not have radio taxi licence and as such they cannot provide such services. The request to DoT to block their websites was sent by the transport department in March itself.

Sources said that while the website of TaxiForSure was blocked on DoT’s directions in March, the same could not be done with regard to its application. At that point of time the blocking of the websites of Ola and Uber could not be done due to their high encryption levels. However, now the ISPs have been directed to block them.

The development is sure to cause a stir because of late these cab aggregator firms have got lot of investments from global investors. Last year, for instance, Japan’s SoftBank infused fresh funds into Ola.

According to rough industry estimates, there are 19 radio taxi operators in the country, including Mega Cabs, Easy Cabs, Meru Cabs, and Tab Cabs. These operators run about 25,000 cabs across the country.

* DoT asks all internet service providers to block the websites of these firms in Delhi
* Says if ISPs fail to block the sites, action will be taken against them under Section 12 of the IT Act