China Development Bank has moved NCLT under the Insolvency and Bankruptcy (IBC) against Reliance Communications for unpaid dues. 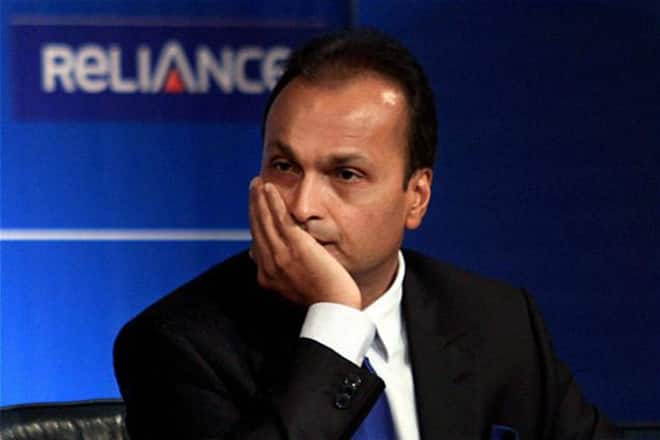 Billionaire Anil Ambani, at the helm of affairs at debt-laden telecom major Reliance Communications (RCom), has decided not to draw any salary from the company for the current financial year. (Image: PTI)

More trouble is in making for debt-ridden Reliance Communications (RCom), which is grasping at straws to save the company from going into liquidation, as one of its lenders the China Development Bank has moved National Company Law Tribunal (NCLT) under the Insolvency and Bankruptcy (IBC), ET Now reported quoting sources.

The Anil Ambani-owned company has a debt of Rs 9,000 crore from the China Development Bank. The company was also dragged by Ericsson India to NCLT for unpaid dues of nearly Rs 1, 150 crore.

Here’s what is happening in Anil Ambani’s debt-ridden RCom:

3. The entry of Reliance Jio in the telecom market magnified RCom’s misery.

4. In June this year, RCom got a seven-month breather from its lenders as part of a strategic debt restructuring (SDR) scheme. RCom said it would repay its Rs 25,000 crore debt from two merger deals with Aircel and Brookfield of Rs 14,000 crore and Rs 11,000 crore respectively, which Bloomberg called “summer sale”.

“The Reliance ADAG is turning into a summer sale as Anil Ambani is trying to offload road assets, an undersea cable business and prime real estate in Mumbai and New Delhi, on top of divesting the phone transmission towers and merge wireless operations with Aircel,” Bloomberg said in a report.

6. RCom’s merger with Aircel called off due to “legal and regulatory uncertainties”, and along with that plan of repaying Rs 14,000 crore of debt also collapsed.

7. RCom’s merger with Brookfield has collapsed over the negotiation of the price at lower than agreed Rs 11,000 due to lack of additional Aircel tenancies.

8: RCom announces shutting down its DTH services and 2G mobile operations by November 16 and November 30. Around 1,200 RCom employees are reportedly going to lose their jobs.

9. As the December deadline is close by, the company announced other plans to repay its debt — converting Rs 7,000 crore debt into 51% equity and handing over to banks. The company claimed that under the new plan there will be zero write-off for the lenders. As on Monday, RCom’s market valuation stood at Rs 3,900 crore only.