Non-payment: SpiceJet to appeal against winding up order by Madras HC

Directing winding up of the private carrier, Justice R Subramanian, however, kept his Monday’s order in abeyance for three weeks, if SpiceJet deposits $5 million within two weeks. 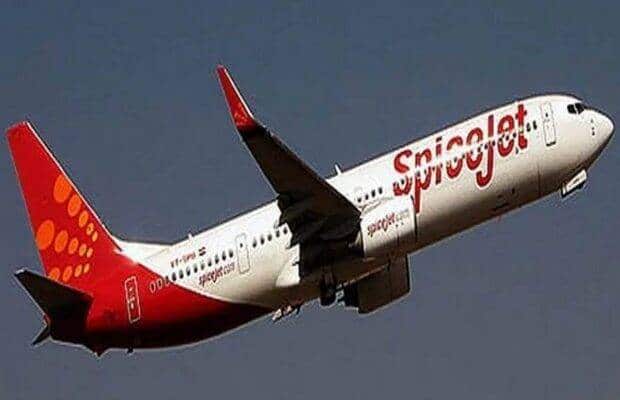 The HC was hearing a petition by Credit Suisse AG, under provisions of company law which allow the court to wind up a company when it is unable to repay its debt.

The Madras High Court has ordered the winding up of low-cost airline SpiceJet and asked the official liquidator to take over the airline’s assets in a case related to non-payment of dues to the tune of $24.01 million to Swiss stock corporation Credit Suisse AG.

Directing winding up of the private carrier, Justice R Subramanian, however, kept his Monday’s order in abeyance for three weeks, if SpiceJet deposits $5 million within two weeks.

In a filing to the stock exchanges on Tuesday, SpiceJet said it will soon initiate “appropriate remedial steps including preferring an appeal” against the order before a higher bench “within the time frame allowed by the Madras High Court”. “The company believes it has a good case on merits and is hopeful of having favourable outcome in the appeal,” it said.

SpiceJet “has miserably failed to satisfy the three pronged test suggested by the Supreme Court in Mathusudan Govardhandas & Co Vs Madhu Woollen Industries, and hence had rendered itself liable to be wound up for its inability to pay its debts under Section 433 (e) of the Companies Act, 1956”, the HC said in its order.

The HC had rejected the airline’s stand that SR Technics did not have a valid licence to carry out aircraft maintenance services from the Director General of Civil Aviation (DGCA) as required under the Aircraft Act and, therefore, the enforcement of the claim would be against public policy.

The judge said that it was open to SpiceJet to terminate the contract for the reason that SR Technics did not have a valid authorisation, but it “had not chosen to terminate the contract”. “It had continued to avail the services. Therefore, in my opinion, it cannot now turn around and say, there is a violation of the provisions of the Aircraft Act or the CAR Rules made there under and, therefore, the liability ceased,” he added.

The airline had in November 2011 entered into a 10-year contract for servicing of aircraft with Swiss engine maintenance services firm SRT Technics, which, in turn, sold its right to receive payments based on the contract to Credit Suisse in September 2012.

The HC was hearing a petition by Credit Suisse AG, under provisions of company law which allow the court to wind up a company when it is unable to repay its debt.

Pursuant to SpiceJet failing to honour some invoices raised in 2013, Credit Suisse had moved the HC seeking winding up of the carrier and appointment the official liquidator to take charge of the airline’s assets, properties, stock in trade and books of accounts under the provisions of the Companies Act 1956.

According to Credit Suisse, SR Technics had raised invoices and SpiceJet had issued seven bills of exchange for the monies due under the invoices. It had also acknowledged the debts from time to time by issuing certificates of acceptance in relation to the bills of exchange which would imply the respondent had not disputed the correctness of the claim made in the invoices, the petition stated.

However, SpiceJet contended the alleged debts are not legally enforceable and there cannot be a winding up order under Section 433 as Credit Suisse is not a creditor of the carrier. Besides, the agreements between SpiceJet and SR Technics do not authorise assignment to Credit Suisse, it said.