The committee of creditors (CoC) to Jet Airways on Monday passed a resolution to sell one aircraft and two erstwhile slots of Jet Airways at the Schiphol airport to KLM Royal Dutch Airlines. 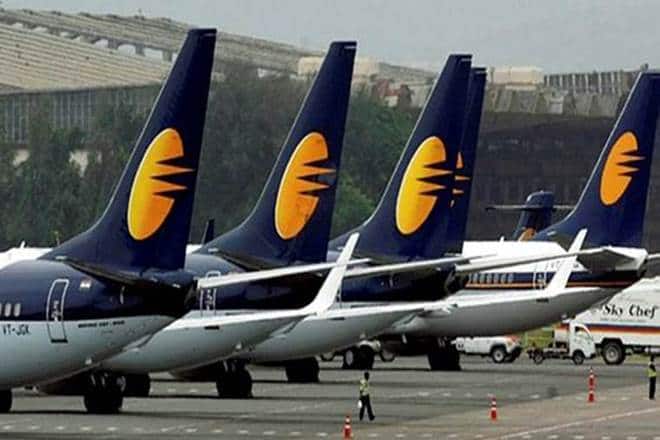 Providing an update, the company said there is a separate liquidation proceeding ongoing in the Netherlands. (File image)

Two entities expressed interest in the grounded Jet Airways till Wednesday, the last day for submitting expressions of interest (EoIs). While the Colombian Synergy Group is one, the other is a fund. The Hinduja Group, which was understood to be interested in the carrier, has not submitted an EoI so far, sources told FE.

Meanwhile, lenders have begun the process of asset monetisation in the absence of a promising bidder. The committee of creditors (CoC) to Jet Airways on Monday passed a resolution to sell one aircraft and two erstwhile slots of Jet Airways at the Schiphol airport to KLM Royal Dutch Airlines.

Further extensions for EoI submission is unlikely. “Till the deadline, the Hinduja Group did not put in a bid. The CoC has agreed to sell one of the aircraft to KLM along with two slots. The sale proposal is for $23 million,” a senior official aware of the developments told FE.

Ashish Chhawchharia, the resolution professional, is working out the details of the deal with representatives of the Dutch airline and the US Exim Bank, which currently has “first charge on the proceeds of sale” of the aircraft in question, along with five other aircraft.

“It looks easier to do the liquidation process now, even though we are still hopeful. We have already talked to KLM and US Exim bank on the sale, but KLM has to formally agree to the CoC’s terms. If the sale goes through, KLM will pay $13 million to the lease holders (US Exim Bank), after which the bank will release charge on all six aircraft. We will have to take a call on what to do with the remaining five aircraft. The payment will be staggered, $3 million would go towards corporate insolvency resolution process expenses. The rest of the proceeds will go towards payment of dues to secured lenders,” the official said.

In December, the CoC had called for fresh EoIs for the grounded Jet Airways after Synergy Group, which at the time was the only interested party, did not give a concrete business plan after over four months of deliberations. The group had sought assurance from the government of Jet’s erstwhile slots in the London Heathrow Airport and the Schiphol Airport in Amsterdam. The fresh call for EoIs was followed by reports that the Hinduja Group was re-looking at bidding for the airline.

However, the Hinduja group, which last year could not conclude talks with Etihad Airways to invest in Jet Airways, stayed away this time as well.

Jet Airways has now been grounded for nearly nine months, after lenders refused to provide emergency funding for the airline’s operations. The airline was admitted for insolvency in June 2019. At the time of its grounding, Jet had over 16,000 permanent employees and around 6,500 contractual ones. Currently, around 5,100 staff are still on its payroll, though a majority of them have not received any salary for a year now. The airline has received claims worth Rs 36,000 crore as of October last year, of which the RP has so far admitted claims worth over Rs 14,000 crore. Two lenders, Indian Overseas Bank and IDBI Bank have already bowed out of further funding the airline’s insolvency process.

According to BSE, the shares of Jet Airways have touched upper circuit for three consecutive days, and closed at Rs 50.25 on Wednesday, up 4.9%