With a plea seeking quashing of Environmental Clearance (EC) for expansion of Ambuja Cements’ unit in Punjab’s Ropar district, the National Green Tribunal today sought the responses from the Centre and the state government. 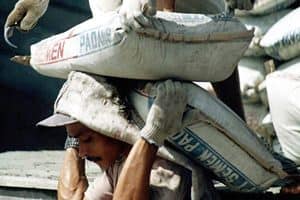 With a plea seeking quashing of Environmental Clearance (EC) for expansion of Ambuja Cements’ unit in Punjab’s Ropar district, the National Green Tribunal today sought the responses from the Centre and the state government.

A bench headed by NGT Chairperson Justice Swatanter Kumar issued notices to the Ministry of Environment and Forests, Punjab government, state pollution control board and Ambuja Cements Ltd in the matter.

The NGT was hearing a plea filed by Punjab resident Rajinder Singh and others challenging the EC granted to the Ambuja plant in Daburji village of Ropar district for expanding its cement grinding unit from 2.5 to 3.4 million tonnes per annum, claiming it would further pollute the atmosphere in the nearby villages.

The plea, filed through advocate Rahul Choudhary, has claimed that the unit was granted the EC for the project in violation of the Environmental Impact Assessment (EIA) Notification, 2006, Precautionary Principles and Sustainable Development.

The petition contended that according to the public hearing report, 99 per cent of about 500 people present at the venue of the public hearing had opposed the proposal for expansion of the unit on account of the problem of pollution that has adversely effected the villages in its vicinity.

“The proposal for expansion of the Ambuja Cement unit was considered by EAC (Industry 1) and thereupon recommendation for the grant of environment clearance was made by Expert Appraisal Committee.

“EAC failed to go into the details of the issues raised by the public during the public hearing or those raised in the written submissions made by local villagers and others in the context of the environment clearance to the expansion of the unit,” the plea said.

The plea alleged that the project’s impact on Ambient Air Quality had been “misrepresented” by Ambuja Cements, which was also not taken into consideration by the EAC as the grinding unit is located in a heavily industrialised area with the Guru Gobind Singh Thermal Power Plant (1200 MW) adjacent to it and the Baddi-Barotiwala-Nalagarh industrial area within four kms.

“This means that the instant project area is already a heavily polluted place. The pollution which will be caused as a result of this project will be an addition to the load which is already present in the project area,” it said.