Telecom tycoon Sunil Mittal was today non-committal on his children succeeding him saying that the Bharti group has high calibre professionals running day to day operations and the next generation of Mittals is “doing their own thing”. 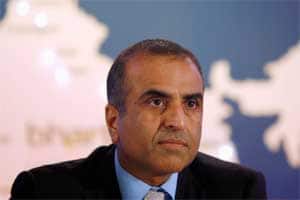 Telecom tycoon Sunil Mittal was today non-committal on his children succeeding him saying that the Bharti group has high calibre professionals running day to day operations and the next generation of Mittals is “doing their own thing”.

Mittal, 58, who is ranked 13th richest person by the Forbes with a networth of USD 6.2 billion, has three children – twins Shravin and Kavin and daughter Eiesha. He has kept himself away from Bharti’s day-to-day commercial operations, having passed the reins to professional CEOs.

“Bharti is very well structured. It is one of most professional set ups in Indian business sense. We have high calibre CEOs, high calibre teams running all our companies and as the chairman, (brothers) Rakesh as vice chairman and Rajan, we are governing our enterprises through our supervision at board level,” he told reporters here.

He said he is no more chief executive officer of any of the companies under Bharti Enterprises including Bharti Airtel – India’s No.1 mobile operator.

“Even Group CEO title I have given off. I am just Chairman now. The idea is to let the company flourish under these young vibrant management teams. And I think we are very successful in that,” he said.

He said the next generation of Mittals is “doing their own thing”.

While Kavin Bharti Mittal is the Founder & CEO at Hike Messenger – the homegrown messaging app that competes with the likes of Whatsapp, Shravin, 28, had briefly joined the Bharti Group’s international operations as manager in 2010.

Holder of a degree in accounting and finance from the University of Bath in the UK, Shravin joined the Group from JP Morgan Cazenove in London where he was an analyst in the technology, media and telecommunications division of the investment banking unit. He had earlier worked with Merrill Lynch in New York and Ernst & Young in London.

After a brief stint, he returned to a PE firm.

Mittal said Rakesh’s son is working on own food business.

“They are (all) working on their careers and destiny. Let’s see how far and where they want to go,” he said. “If they ever want to come in business, they will have to raise their hand and we will see where they fit in.”

With a corporate structure in place at Bharti, “succession, in terms of family coming into business takes a much lower priority given that highly profession team and professional environment operates in Bharti,” he said. “Children will find their own destiny. They are pursuing their own career and businesses.”

Sunil Mittal said while Bharti has grown big, it has “one of the finest management teams which at least Indian companies have never seen. Now Gopal Vittal is full time hands on MD and CEO. He calls the shots. Christian De Faria runs Africa business.”

Asked if he still considers joining politics, he said no.

“Yes you are right once upon a time there was a thought in my mind but that was long years back, but that is not my aspiration at this point of time,” he said.