News, and the Ugly Truth

Clearly, social platforms and tech giants are in the line of fire given the almost unquestioned and free reign they have enjoyed till now. Feeling the heat Everyone from publishers to advertisers to social media influencers are feeling the impact of seemingly corrective measures that are being undertaken. 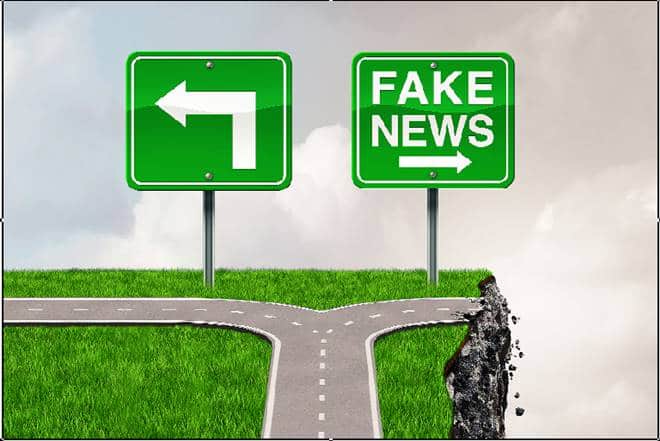 At the World Economic Forum in Davos in January, 2018, UK Prime Minister Theresa May was rather vocal about the pressure applied on tech companies to respond faster to extremist content on social media platforms. More recently, FMCG giant Unilever threatened to take its advertising dollars away from Google and Facebook if the tech giants did not clean up the ‘swamp’ within which extremist and illegal content finds space. At the core are issues regarding fake news that prominently came to the fore during the 2016 US elections and have only snowballed since. The Gallup and Knight Foundation Survey on Trust, Media and Democracy 2017 that polled over 19,000 US citizens found that eight in 10 people believe that news media is critical and important to democracy while 73% felt that the spread of inaccurate information is a major problem with news coverage. The report found respondents divided on the role that tech companies play in distributing news stories on their platforms and whether they need regulation. Clearly, social platforms and tech giants are in the line of fire given the almost unquestioned and free reign they have enjoyed till now. Feeling the heat Everyone from publishers to advertisers to social media influencers are feeling the impact of seemingly corrective measures that are being undertaken. As per the 2018 Edelman Trust Barometer Global Report the trust in platforms went down in 21 out of 28 countries. In India, the report finds, the average trust in search engines and social media platforms currently stands at 73%, seeing a dip of 5% from 2017. Facebook shook the system up when it announced changes to its news feed earlier this year, which will bring back the focus on showing people more content from their first degree connections (read: friends and family).

Also Read
Fired Indian IT professionals in the US scrambling for options to stay after Google, Microsoft, Amazon layoff
Air India slapped with Rs 30 lakh fine, pilot’s license suspended
3 ways how ONDC is democratising eCommerce space in the country
Grover’s Third Unicorn to be a B2C startup; seven employees hired

This will essentially make advertisers and publishers fight harder for the audience’s attention and doing so will effectively cost them more. Take for example popular content company Terribly Tiny Tales (TTT) which claims to have an organic community of over two million unique subscribers spread across its Facebook, Instagram and YouTube presence. Anuj Gosalia, its co-founder and CEO notes that they are starting to see the effects of these changes. “We have seen a dip in reach and traffic, with 20-30% lower engagement and distribution,” he says. The brand is currently betting on its own app, working to better its user experience and attract more loyalty — a hedge of sorts against the changing dynamics of social platforms. Currently, almost all of the revenue for TTT comes from brand collaborations. News publishers in India are still looking to find the best model for digital, so that whatever losses that may be incurred in metrics due to self-regulations by these platforms will have a controlled impact. Sakal Media Group’s CEO Pradeep Dwivedi provides that there is a decline in the audience that was coming in via the content discovery mode. “The month-on- month discovery numbers are down by almost 30%. This is a short-term but negative impact.” In case of Facebook that wants a content piece’s shareability and engagement level to lead the cause for how popular or view-worthy it becomes, the social network does a huge disservice to news pieces that might not provoke comments or shares from readers but are high on a relevance scale. “For example, if you are trying to expose certain authorities or say, improve the way in which the civic society is working, they may not necessarily be popular stories but these stories need to be done,” Dwivedi explains.

“The balance is getting lost.” But both Google and Facebook, technically, have a right to build their platforms how they want; it serves as a lesson to news publishers to cap their news distribution dependence on them. Rajiv Bansal, chief digital officer and CEO, HT Digital Streams shares that while the short-term numbers are being impacted, the interest is on cultivating an audience base that is habitual and loyal to its platforms. “The long-term driver is audience acquisition, so if Facebook ceases to be a platform where we can reliably acquire audiences, then the publishing community will ask, is this a platform we really need to be on?” The media group is looking towards branded content for the long run. For the sake of virality FilterCopy, a digital entertainment brand owned by Pocket Aces, had, at noon on February 13, released a video titled Little Things Couples Do, which within the first three hours had garnered close to a million views. It is one of the biggest hits the brand has seen in the last three months, notes founder Ashwin Suresh. Gobble, the company’s food-centric brand, reportedly has had its best month in January. Both FilterCopy and Gobble create content which inherently has high shareability and engagement value. The recent change by Facebook, where a good chunk of the traffic comes from the pages, is conducive for it to grow. Its other two properties, Dice Media (digital video division) and Loco (quiz game app), however will have difficult times ahead. Dice Media has never been about shareable content but for Loco, the strategy has changed. “We are looking at creating more influencers,” informs Suresh. For many digital publishers, social networks have become the bread and butter for traffic and organic reach. Take WittyFeed for example, which sees 90% of its traffic coming in from Facebook, according to Leena Chitwan, its editor-in- chief.

While the company’s social numbers may not be seeing a hit, the quality of traffic is undergoing a change. Where the company was seeing a broader qualitative distribution of stories, lately, it has been seeing short copy, clickbait articles getting the most traffic, something the company wants to discourage in an effort to maintain its relationship with Facebook. As an advertiser, Sagar Kochhar, chief marketing officer, Faasos is not too worried, as long as the brand continues to stay relevant. Overall it sees 9% traffic coming in from Facebook and 35% from Google searches. The brand, Kochhar informs, is seeing 20% organic business growth month-on-month. While concern over digital strategies and panic reactions over which social network to prefer are valid, they might be more pronounced for markets far more digitally developed than ours. As per the recent GroupM report This Year Next Year, digital platforms commanded about 15.5% share of total ad spends in 2017.

In the US, however, digital was about 40.5% of total ad spending as per eMarketer’s Updated Estimates and Forecast for 2017. As stakeholders mull over the impact that the ‘regulated’ versions of platforms will have, one can hope it is not at the cost of quality news content which ends up becoming fodder for tech giants.

?Fake News’ named Word of the Year, 2017 by Collins Dictionary

? Italy’s Chamber of Deputies with Italian Ministry of Education has announced an initiative across 8,000 schools to spot fake news

?44% publishers worried about platform’s power and influence than the last year

?Publishers blaming themselves for difficulty

? 44% publishers see subscriptions as an important source of digital revenue in 2018 — more than digital display advertising (38%), branded and sponsored content (39%)

? 58% publishers to focus on podcasts, with the same proportion looking at content for voice activated-speakers