Naveen Jindal fallout: Tax officials in Singapore have informed India that they will no longer share voluntarily any information on money laundering or related cases. 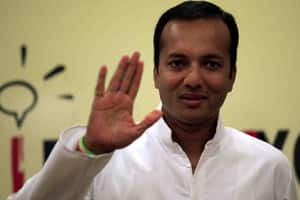 Tax officials in Singapore have informed India that they will no longer share voluntarily any information on money laundering or related cases.

The information on the Jindals was shared by the STRO — the equivalent of the Indian Financial Intelligence Unit — without any reference from India.

Singapore authorities have conveyed to the finance ministry that the breach of confidentiality vitiates the informal collaboration arrangement on anti-money laundering measures among the FIUs known as the Egmont Group, of which both India and the island nation are part of.

More than one source in the government said they were aware of the exchange between the FIUs of the two countries. When contacted, the Singapore STRO said that it was “inappropriate to comment on the matter”.

The refusal could be costly since Singapore has emerged as an international financial hub to track flow of money into and out of India, both legal and illegal.

This April, ED sources had revealed that the agency had launched an inquiry against Jindal and his family for alleged violations of foreign exchange laws since they held four bank accounts at a Swiss private bank in Singapore.

“We received an input from Singapore’s financial intelligence unit about four accounts opened in 2010 in Bank Julius and Baer Company Ltd. The RBI informed us that it did not have any information on the existence of these four accounts,” the sources had said.
India allows residents of this country to spend up to $250,000 per person every year for capital or current account transactions. But information on the opening of bank accounts overseas has to be shared with the RBI.

The Jindal group has denied the accusation, saying that they “have not received any notice or information from ED in this regard”.

The issue has flared up when there has been discussions on the propriety of India sharing publicly such information received from other countries like Switzerland and United States, too.

As a result of the stiff position adopted by Singapore, data on tax or bank-related issues from there can now emerge from it only if India supplies details and seeks affirmation, which considerably cripples the freedom of sleuths tracking economic offences in India.