For small cohesive groups with common interest, raising and investing resources to achieve their common goals is a lot easier and plausible compared to large diverse groups with diffused interests. 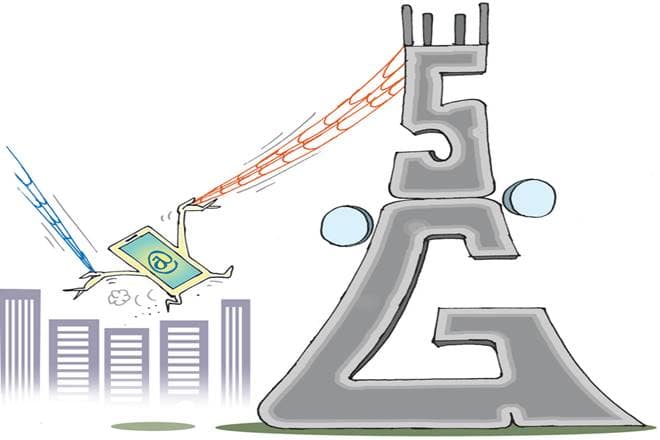 The future is going to be heavily data-intensive. While mobile telecom will deliver a substantial part of the services, the need is to ensure that reliance is also created on fixed and wireline delivery of broadband services.

Anyone who has read Mancur Olson’s celebrated treatise on the logic of collective action, can’t help but relate it to a vast range of political economy issues that torment policy action in any country—developing and developed, emerging and emerged. For small cohesive groups with common interest, raising and investing resources to achieve their common goals is a lot easier and plausible compared to large diverse groups with diffused interests. For example, it is simpler for producers to get together and lobby for protection compared to consumers to protest against it since they lack the resources to organise themselves to effectively express a unified stance embodying their common interest.

It is our contention that the wireless association in India, especially the GSM group, has been able to articulate its demands much more effectively and creatively than the fixed line association for several reasons, including those offered by Olson. The GSM association, represented by the Cellular Operators Association of India (COAI), has invested in communicating its petitions using research, advocacy and lobbying—all legitimate business activities to further their common goals. Often, these goals have aligned with larger national interest. Thus, easing onerous constraints on mobile service providers, tariff forbearance, the migration package of 1999 and higher limits and flexibility in spectrum holdings, to name a few, have all jointly and severally allowed service providers to increase penetration, offer competitive packages, spawn innovation in business processes and also facilitated creation of entirely new business models. A competitive mobile telecom sector provided the spine for development, besides creating strong GDP impacts.

The triumph of mobile created an ecosystem that lavished disproportionate attention on it—regulatory, policy, judicial and commercial. Accordingly, Trai immersed itself with recommendations for spectrum assignments, DoT organised spectrum auctions, the high court and the Supreme Court pronounced on the integrity of the assignment process, while banks went out of their way to fund spectrum acquisition.

Such attention delivered benefits that no other technology could hope to match. What has been breathtaking about mobile is the swiftness of adoption—there have been periods when India added more mobile phones in a month than it did fixed phones in the 50 years since Independence. In November 2017, India had more than 1.2 billion mobile connections and teledensity increased from one-third of 1% to over 93.4%, underlining clearly a “mobile-first” development trajectory. The decadal growth between 2000 and 2010 was an incredible 1,650%. For certain households, expenditure on communications outstrips expenditure on education and health for there is no doubt that for some small businesses and sole proprietorships, the mobile pays for itself. Students of economics brought up on a staple of Pareto optimality and trade-offs are trained to look at the opportunity cost of any activity. Not always with negative intent, but just to understand what was given up, for example, to arrive at the new state in which the mobile has in a literal sense crowded out fixed line phones and the associated network infrastructure. From a peak of 37.96 million fixed lines in 2008, the number has collapsed to less than half today, rural teledensity is embarrassingly all wireless despite a historic policy thrust in favour of fixed rural connectivity.

The National Optical Fibre Network (NOFN), or the rechristened Bharatnet project—seeking to connect all Gram Panchayats with fibre of 2 Mbps—has languished for well-known reasons, including difficulty in co-opting states for Right of Way clearances (RoW), lack of compatible incentives between the public and private sectors and the preoccupation of the regulatory ecosystem with spectrum management. Trai has issued 11 consultation papers on spectrum-related concerns since 2010 and 25 recommendations, including responses to DoT, on questions raised by the latter on the recommendations itself.

Lest the spirit of this article be misunderstood, we wish to emphatically stress there is no grudging India’s preoccupation with mobile. Indeed, quite the opposite—it has been a spectacular triumph for itself and for the other sectors of the economy. In the process, it has also raised aspirations and perhaps set the context for India’s imminent data revolution. India also has aspirations of serving as a global data hub in addition to exploiting the data revolution for the benefit of the domestic economy. The immediate objective is to facilitate efficient and effective delivery of e-governance, e-health, e-education, e-banking and other internet-enabled services, especially to rural areas. Creating a globally-competitive digital ecosystem is the enduring aim. In order to achieve this, a shift in policy focus is called for. The cliché of data being the new oil will work only if there are physical pipes to carry the new oil. Using tankers to carry oil congests the roads and is grossly inefficient, just as using expensive spectrum to carry data is. If airwaves are to be made less congested, data must be offloaded to optic fibre—of which there is a marked dearth in India, both rural and urban. This is not to disregard the potential of other technologies such as satellite broadband, which will be the subject of analysis in a subsequent piece.

Meanwhile, data traffic is set to grow non-linearly and explosively. Current data usage that is already quite ubiquitous in urban areas will pale in comparison when Internet of Things (IoT) comes to life with the introduction of 5G. Machines will talk to each other, videos will become routine, and one estimate places the amount of data generated in a day as 154 petabytes in 2021 compared to 40 petabytes today. Of this, internet video traffic and gaming traffic are predicted to grow at 40% and 49% CAGR, respectively. According to a report by Emarketer, the number of subscription video on demand subscribers (S-VOD) in India is expected to have reached 144 million in 2017, accounting for over a quarter of total digital viewers. The current trends signal an enormous demand for internet-based services in the country that is unlikely to be met by mobile wireless data services alone.

Moreover, the rise in data consumption has not been matched by a corresponding increase in the speed of connection. According to Akamai technologies, India was ranked 89th globally with an average connection speed of 6.5 Mbps as of 2017 Q1. Along with Philippines, India is the lowest ranked country in Asia Pacific. In a June 2017 consultation paper, Trai recommended redefining the minimum broadband speed to 2 Mbps from the existing 512 kbps. That better broadband delivers better benefits can be gauged from the accompanying graph that shows a positive correlation between broadband connectivity and per capita income for Indian states.

The consequence of the above arguments is straightforward. As India prepares to announce a New Telecom Policy (2018), the balance of focus ought to shift to optical fibre and wireline broadband connectivity. The latter has the potential to deliver higher speeds and enhanced user experience in a future that will unavoidably be data-intensive. In this regard, good policy can generate vast improvements, but the policy will have to be backed by a voice of reason and influence in our deeply entrenched democratic system. Regrettably, there is no industry association quite like the mobile grouping that can coax the shift to fixed and fibre. But it seems to us that it is the need of the hour. If this gap is to be filled, the regulator will need to step in. By exhibiting more love for the terrestrial, the regulator would not abandon India’s love affair with the mobile, merely change its distribution. Much in the same way that Brutus reasoned to justify Caesar’s assassination—“not that I loved Caesar less, but that I loved Rome more”. For NTP 2018, this means more focus on fixed and fibre and a little less on mobile.