Myntra sales may have fallen after going app-only

Fashion and lifestyle e-tailer Myntra is understood to have seen a drop in sales after going app-only last month, say market watchers. 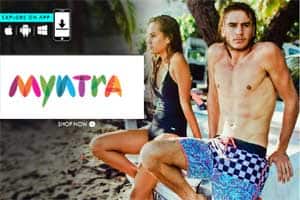 Fashion and lifestyle e-tailer Myntra is understood to have seen a drop in sales after going app-only last month, say market watchers. “Myntra had anticipated some reaction to going app-only and had factored in a drop in sales,” said a source in the know. However, the etailer has no immediate plans to revive the website.

A company spokesperson said: “We have just completed a month since we went app-only and hence are not ready to talk about the overall performance yet. We will however come back to you the moment we have something to share.”

The spokesperson added: “For your understanding, we will not be moving back to the desktop as our focus is 100% on the app. You will also see regular app updates with a lot of social features being introduced.”

Devangshu Dutta, chief executive at Third Eyesight, a retail consultancy firm, said the ease of shopping on a desktop makes a customer buy higher value compared to that on an app. “This could have caused Myntra’s sales to decline so drastically,” Dutta observed.

When the e-commerce fashion retailer decided to go app-only on May 15, it took into account the increase in smartphone sales to 600-700 million by 2020 from 120-140 million in 2014, which will help create a base for creating an inclusive market in the history of fashion shopping. “According to a recent study, 90% of smartphone users in India use apps, which is close to 158 million as of today. The country ranks second only to the US in the usage of shopping apps,” the company had said in a press release.